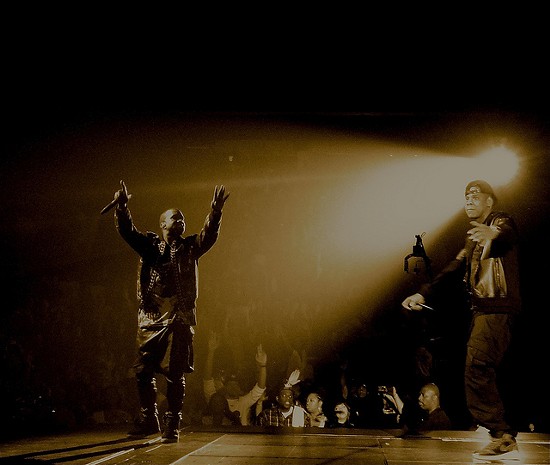 Ever spend a late night with your friends listening to rap and debating your favorite artists?

For Andrew Hoberek's students at the University of Missouri, that's homework.

Hoberek's newest class, "English 2169: Jay-Z and Kanye West," teaches non-English majors how to examine some of their generation's most popular artwork with the eye of a trained critic.

"I think [Jay-Z and West] are really working at a level that is comparable to any writer working now," associate professor Hoberek tells Daily RFT. "They are major artists...in an art form on the verge of academic acceptance." 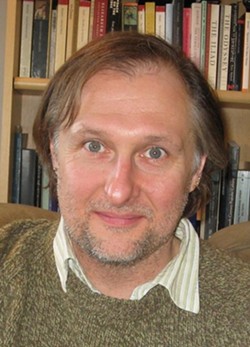 Hoberek calls the class a "sneaky intro" into poetic form. Students apply traditional literary and poetic criticism techniques to hip hop verses with the goal of answering three pedagogical queries, according to the syllabus:

(1) Where do [Jay-Z and Kanye West] fit within, and how do they change, the history of hip-hop music? (2) How is what they do similar to and different from what poets do?, and (3) How does their rise to both celebrity and corporate power alter what we understand as the American dream?

While he hasn't had any pushback from University leaders on his choice of subject, Hoberek compares his focus on rap to those long ago days when film was seen as "trash for the masses," not as an acceptable academic topic. "Now, you go into any English department, and there is going to be a film element," Hoberek says.

While Hoberek designed the course around Jay and Ye, he says students were quick to dispute that focus last fall, when he first taught the class.

"There were questions in class: 'Isn't Tupac a better rapper? Isn't Eminem a better rapper?'" Hoberek says. "One of my goals is [teaching], OK, if we want to make the claim Eminem is a better rapper than Jay-Z, what is the basis for making that claim? I feel like my goal in class is to teach students how particular works of art work, what kinds of rules they are working with and bending." 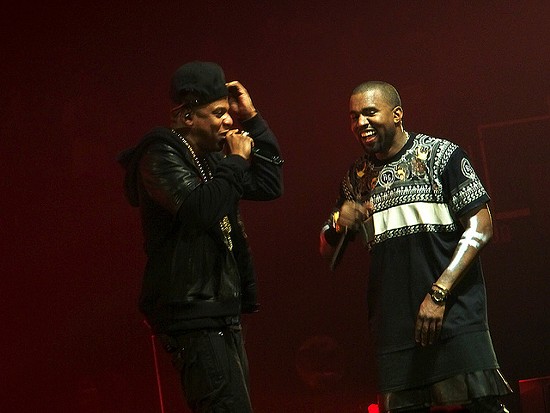 "When you are sitting around with your friends and arguing over what's better or worse, you're already working like a critic," Hoberek says. "If you learn more about how the structure of rap works, then you get better at making the arguments you're already making."

Hoberek is opening the class again next fall for 30 students, and he anticipates spots will go quickly. He isn't the first to bring Jay-Z from the streets of Brooklyn to the ivory towers of academia; Georgetown University started teaching "Sociology of Hip-Hop -- Urban Theodicy of Jay-Z," which analyzed Hova's lyrics for messages about race, class, gender and social injustice.