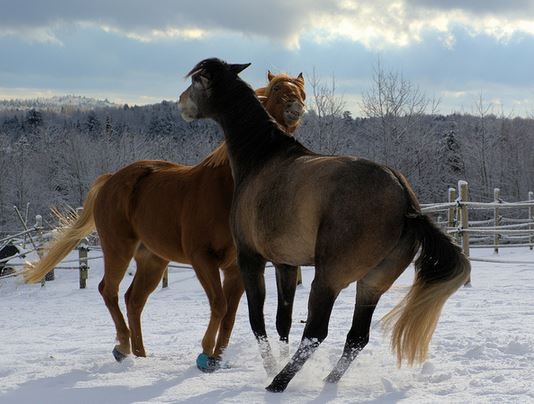 In a letter dated January 23, the Missouri Department of Natural Resources notified David Rains, owner of Gallatin-based Rains Natural Meats, that his meat processing permit would not be expanded to include horse slaughter. Pointing to restrictions within the recently passed 2014 U.S. budget that "effectively prohibit the slaughter of horses," the agency deemed further evaluation of Rains' request "unwarranted."

"Your application is therefore denied," the letter continued.

The DNR awarded Rains a general meat processing permit in October [corrected]. However, the permit only authorized a waste water lagoon to process non-equine species of animals. Rains then tried suing the agency, and then withdrew the suit in hopes that he could get his existing permit amended.

None of the tactics worked, and Rains Natural Meats will be horse-free for the forseeable future.

Rains spoke to Daily RFT about his permit issues earlier this month.

"We're just trying to do our business in a legal way and doing it humanely and safely," he said at the time. "They just keep coming up with frivolous stuff."

Animal rights groups including the American Society for the Prevention of Cruelty to Animals and the Humane Society of the United States have raised concerns about drugs that remain in a horse's body for years, a potential danger for human consumption.

To be clear, Rains' has the state's blessing to slaughter as many non-horse food animals as he can fit through his facility. Still, this is a defeat for Rains and his business partner Sue Wallis, CEO of Unified Equine, who was prepared to distribute his horse meat.

Criticizing the new federal restrictions on domestic horse slaughter, Wallis said last week that she and her allies in the horse industry hope Congress will re-fund USDA inspections in a future budget bill.

"We will of course be working very hard to inform Congress and others of the continued consequences of this very short sighted poorly thought out situation," Wallis said.

We weren't able to reach Rains or Wallis for comment on this story, but we'll update you if we hear back.