Two men were shot in the torso and left by drive-by gunmen to die on the street just seven minutes and four miles apart Tuesday night.

Elijah Robinson, 31, from the Spanish Lake neighborhood, was shot at a Central West End bus stop in the 4400 block of Forest Park Avenue at 8:30 p.m. Witnesses say Robinson got out of a vehicle when another car pulled up and men inside started shooting.

Robinson was pronounced dead at the hospital. 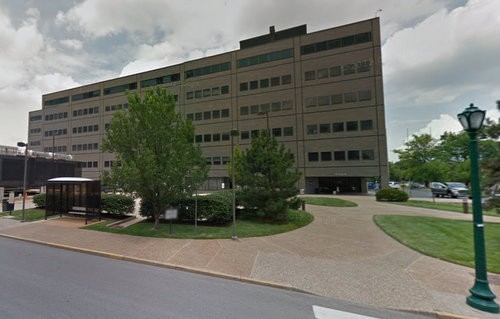 The bullets also hit a second victim, a 41-year-old man who was in critical condition, in the abdomen.

See also: 2014 St. Louis Homicide No. 1: Patrick Davis Shot By the Man He Was Trying to Rob

At 8:37 p.m. that night, police got another call for shots fired in the Greater Ville neighborhood.

Michail Gridiron, 26, was shot in the torso, abdomen and legs near his home in the 3000 block of Rolla Place. 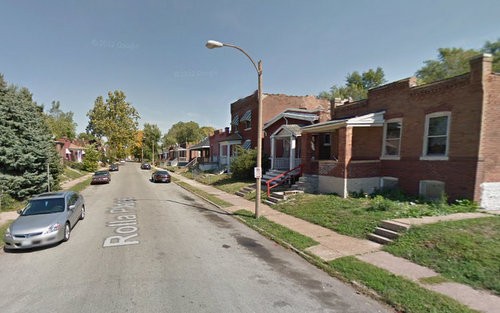 Gridiron and a second victim were in a car when they heard gunshots and tried to flee. The second victim, a 26-year-old man, was struck in the shoulder, arm and leg but is in stable condition.

Witnesses told police a man with a firearm drove north on Rolla Place in a black sedan after the shooting.

Continue reading for the for the full report from police.

Officers responded to the above location and observed Victim #1 lying in the street unconscious and suffering from gunshot wounds to the torso. Victim #1 was conveyed to a hospital and pronounced deceased. Officers were notified that an additional victim of a shooting arrived at a local hospital. Victim #2 was suffering from gunshot wounds to the abdomen and was listed in critical/stable condition. Witnesses reported seeing Victim #1 get out of a vehicle when another vehicle pulled up and started shooting. A red vehicle occupied by two unknown suspects was seen leaving the scene of the incident. The investigation is ongoing.

Officers responded to the above location and observed Victim #1 lying on the sidewalk near a parked vehicle unconscious. Victim #1 had sustained gunshot wounds to the torso, abdomen and legs and was pronounced deceased on the scene. Officers were notified that a second victim of the incident had been conveyed to a hospital. Victim #2 suffered gunshot wounds to the shoulder, arm and leg and was listed as stable. Victim #2 reported that he was in a vehicle with Victim #1 when they heard numerous shots and were both struck as they attempted to flee on foot. Witnesses reported seeing an unknown suspect with a firearm enter a black sedan and drive north on Rolla. The investigation is ongoing.