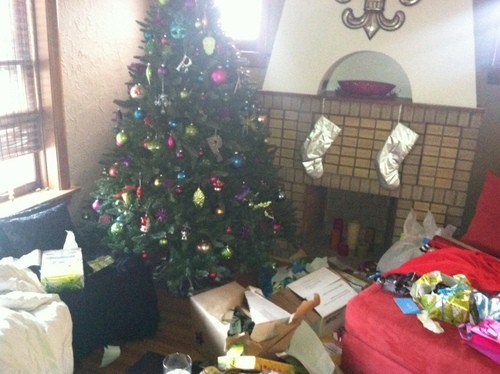 Last month, Daily RFT brought you the story of the Plummers, who came home one day to find burglars tore through their Christmas presents, took an engagement ring, a laptop, TVs and jewelry, and left the rest behind.

"It seems so brazen," Amy Jo Plummer tells Daily RFT. "They opened presents and they literally left what they didn't want."

See also: St. Louis Robbery Victim Writes to Suspects: "I Will Never Look at the World the Same"

St. Louis Metropolitan Police Detective Mark Rodebaugh found two of the Plummers' watches at a local pawn shop. The woman who'd sold the watches told Rodebaugh she'd gotten them from her boyfriend, Alando Jones, 18, and his friend, whom she knew as "Little Joe."

That sounded familiar to the detective, who remembered he'd locked up a guy named Little Joe in 2010. He put a photo of Joseph Robinson, 23, in a photo lineup, and she picked him out as Little Joe.

Jones was already locked up after attempting a robbery in the Central West End, Rodebaugh says, booked on two felony counts: one for first-degree robbery and one for armed criminal action. Based on his interview with Jones in jail, Rodebaugh found Plummer's engagement ring, the item she said she was most devastated to lose in the burglary.

Jones had given the ring to his child's mother for Christmas.

And Jones wasn't the only thoughtful father in the burglary duo. His partner Robinson gave his child's mother the Plummer's television.

Both men were later charged with second-degree burglary and theft, two felonies.

But the story kept on going.

During his investigation, Rodebaugh connected Jones and Robinson to an early-1990s green Toyota Camry used in five armed robberies committed within three hours four days after the Plummers' break-in. 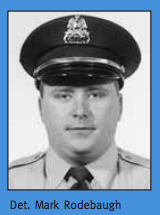 He put their pictures in a photo spread and showed it to the robbery victims.

"They all picked them out, both of them, in all five robberies," Rodebaugh says. Later, Robinson was found with a victim's phone in his pockets.

"He was using it," Rodebaugh says.

Both suspects are now in jail awaiting trial. Robinson faces five first-degree robbery charges, six armed criminal action charges, a first-degree attempted robbery and a first-degree assault in addition to the burglary charges and a felony charge for taking property appropriated from a victim, according to court documents.