Teen Shot in Head in Downtown Drive-By After Hotel Party

A 19-year-old man is recovering in the hospital after being shot in the head downtown by an unknown gunman, according to police.

The man and another 19-year-old were stopped at a red light around 1:15 a.m. Monday morning at N. 10th Street and Convention Plaza after a party at the Ramada Inn.

Four men in a gray Pontiac Grand Am pulled up, and the rear passenger began firing shots out the car window toward the victims. 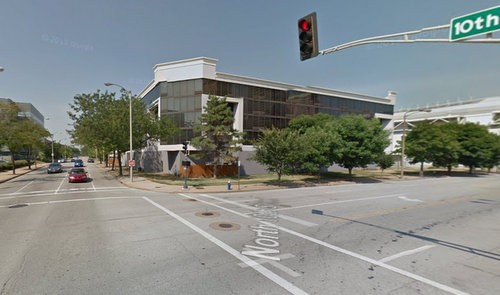 The victims fled, eventually going to the hospital where the driver was listed as stable. Police describe the shooter as a medium-complexion black man with a low haircut, glasses and an orange hooded sweatshirt.

The victims reported being stopped at a stop light in the above area when they heard gunshots. The victims then observed Suspect #1, who was seated in the rear passenger seat of a gray Pontiac Grand Am, firing shots out of the vehicle window towards them. Three additional suspects were seated in the vehicle. The victims fled the scene. Victim #1 suffered a gunshot wound to the head and was conveyed to a hospital and listed as stable. The investigation is ongoing.