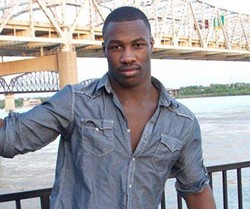 When the news broke that police arrested Johnson -- known as sexy party animal Tiger Mandingo online -- with knowingly infecting a sexual partner with HIV, four more victims stepped up to say they, too, had been victimized. Now, St. Charles detectives say they found videos of Johnson barebacking with more sexual partners, sometimes on school grounds.

Police say the sexual partners may not have known that Johnson was HIV positive or that they were being taped, according to the St. Louis Post Dispatch.

Many of the sex tapes appear to be set on the campus of Lindenwood University, which denied knowing a school wrestler was infected.

Police said Johnson may have met his hook-ups through social media. That's a good bet since Johnson has six social media accounts, two for him and the rest for the Sasha-Fierce-Slash-Mr.-Hyde part of his personality: three Facebook pages, two Twitter feeds, a Vine and an Instagram.

And what he shares on those accounts may not be suitable for work:

When Johnson was arrested back in October, St. Charles Prosecuting Attorney Tim Lohmar told Daily RFT one of Johnson's sex partners was still waiting for his HIV test results. Other sex partners had tested negative for the virus.

"Obviously, for a victim to come forward is something that takes a lot of courage," Lohmar says. "They also have to know that they are going to be part of this public prosecution."