Rates of sexually transmitted infections dropped here in 2012, but St. Louis still has the second-highest rates of chlamydia and gonorrhea, according to the Center for Disease Control.

The center released a report Wednesday with the 2012 STD rates in the United States. Only Philadelphia County had higher rates of chlamydia infection than St. Louis, compared to U.S. counties and independent cities, and Montgomery County, Alabama, beat us to the No. 1 spot for highest gonorrhea rates.

Here's how the numbers break down: 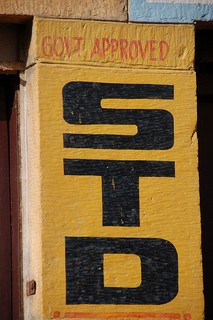 See also: Got Clap? St. Louisans Do. Chlamydia, Too!

Things aren't much better when it comes to the clap. River City jumped to No. 3 from No. 12 in gonorrhea rates in 2009.