Wednesday kept homicide detectives busy with two murders -- a stabbing and a shooting -- in twelve hours.

St. Louis police are investigating the stabbing death of an unknown woman found in the middle of the day lying in the driveway of an apartment building.

The woman suffered puncture wounds to the buttocks and torso, though police are awaiting autopsy results to announce what weapon was used in the stabbing.

See also: 2014 St. Louis Homicide No. 1: Patrick Davis Shot By the Man He Was Trying to Rob

The victim was found dead at 12:30 p.m. Wednesday in the west drive of an apartment complex in the 800 block of Rivertrail Court in north St. Louis. 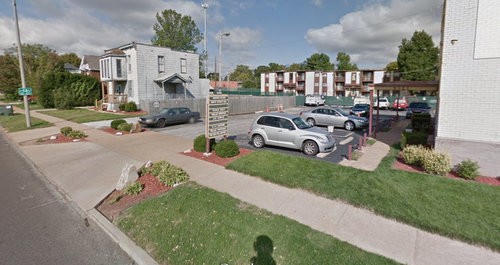 Just after midnight, four unknown black men shot Clemons in the abdomen, clavicle and arm while outside his home before fleeing in a silver, four-door vehicle. Police took Clemons, unconscious, to the hospital, where he was later pronounced dead.

Family will hold funeral arrangements for Clemons, known to friends as "Noodles," on Saturday, January 18, at A.L. Beal Mortuary.

Clemons' death is the second homicide in St. Louis in 2014, and the unidentified stabbing victim is the third.