How To Watch Construction Live During the St. Louis Gateway Arch Expansion 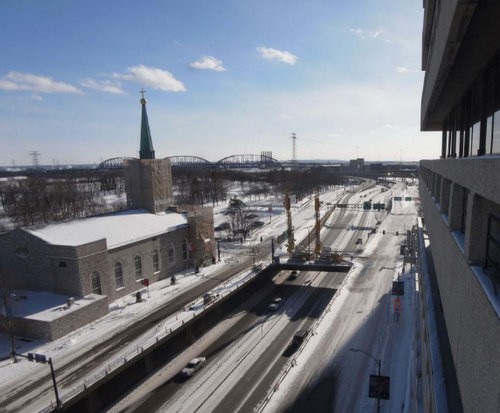 Two cameras aimed at the construction under the St. Louis Gateway Arch went live this month, webcasting up-to-the-minute views of downtown and the waterfront.

CityArchRiver 2015, the fundraising group for the Arch grounds expansion project, set up the cameras so people can see construction as it happens, scroll through previous work and create a time-lapse of the project. One camera is aimed at the riverfront, the other at Walnut Bridge.

Two more cameras will go live later this year, showing construction of the Park Over the Highway, the North Gateway Park and a high-resolution panorama of the entire Arch grounds project from the roof of the Hyatt Regency Hotel.