Coyotes on Chippewa: City Gets Report of Wild Animals in South St. Louis 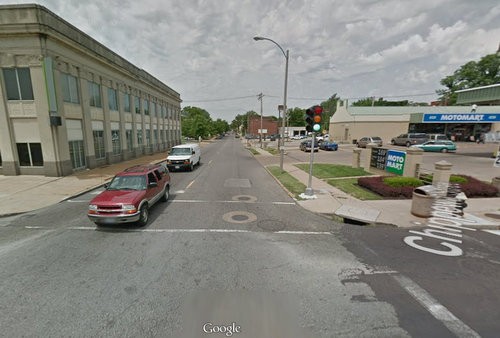 As if a polar vortex isn't enough to handle, south-city residents reported coyotes prowling their neighborhood Sunday night after the snowstorm.

Residents reported seeing coyotes in the 2600 block of Chippewa Street, near the intersection of Broadway and Jefferson Avenue, says Eddie Roth, St. Louis' director of operations.

Coyotes have been moving into the St. Louis metro area for more than a month as cold temperatures make food scarce, according to the Humane Society of Missouri.

Coyotes may move through St. Louis in search of food, but they're looking for rabbits, squirrels, raccoons and possibly an injured or old domesticated dog -- not humans.

"Cats can be at risk, too," Roth says, "although I think the smart money may be on a savvy city cat over the country coyote."

See also: How to Keep Your Dog from Getting Eaten By a Coyote in St. Louis

Pro tip: Coyotes are afraid of humans, so clapping and waving can scare them off. Make yourself seem as large as possible.

In an emergency, call the Humane Society of Missouri Animal Cruelty Hotline at 314-647-4400.