New Study Lists 10 Suburbs to Move to Because St. Louis Has "Bad Reputation" 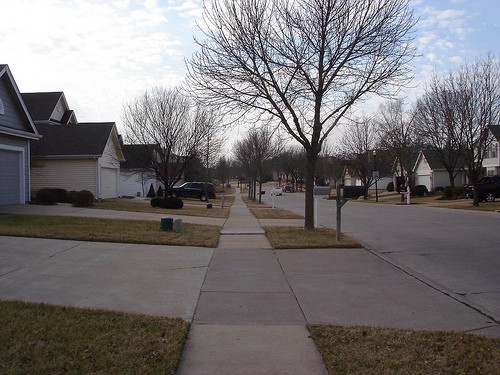 St. Louis suburbs dominate this year's list of the top ten places to live in Missouri, but the study's authors couldn't help throwing St. Louis a jab over its violent crime and other "sinful" attributes.

Glendale -- the city so small and quaint it's more of a Webster Groves suburb than a St. Louis suburb -- tops the list with high scores in employment and high school diploma attainment. Living in Missouri's "best" city comes at a price: The cost of living is 32 points above the national average.

St. Louis appears to be nowhere near the top 50 cities in Missouri, according to Movoto, which named St. Louis as the No. 1 most sinful city in America -- beating out Las Vegas, even -- in June.

"While St. Louis may have acquired a bit of a bad reputation in recent years for a few reasons, it's worth repeating that all of these cities [in the top ten] are actually suburbs of it," Randy Nelson writes for Movoto. "They are the silver -- or in the case of Glendale, platinum -- lining, if you will."

(These top ten cities don't have such squeaky-clean records themselves. Remember that Town & Country millionaire murder last year? Or the Clayton parking garage bombing? Talk about envy and wrath!)

Here are Missouri's top ten cities to live in, all located just outside St. Louis, according to Movoto: