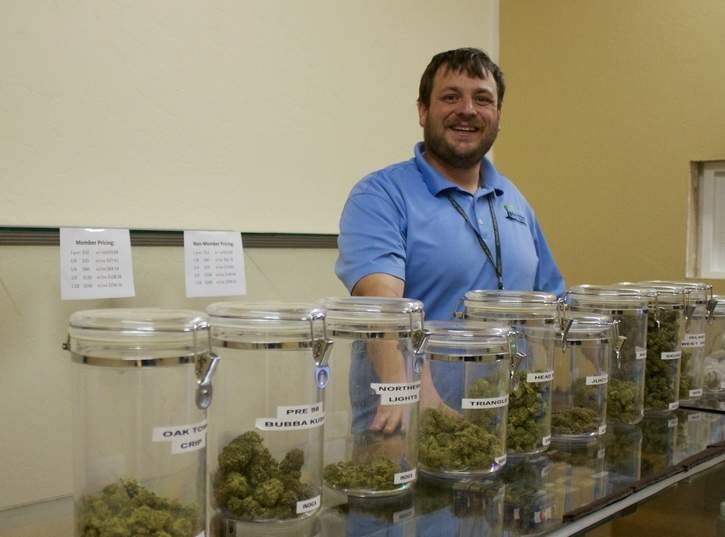 Nathan Fete hopes to sell a lot of marijuana in 2014.

Since Wednesday, January 1, people in Colorado have been able to legally buy marijuana for recreational use. And that means Fete, a St. Louisan who has been working in Colorado's medical-marijuana business since 2009 and is now a co-owner of Beacon Wellness Group, a medical marijuana dispensary in Cortez, Colorado, is really busy.

Although recreational marijuana won't be officially legal in Cortez until June, when a city-enforced moratorium on recreational sales is to be lifted, Fete and his three partners need to get ready. That includes implementing a new tracking system for their inventory, paying about $30,000 in licensing fees and then filling out a rigorous application to turn their medical-use-only dispensary into a full-fledged marijuana-selling operation.

After all that is done, they might not even be approved, depending on what city and county officials decide to do about the new marijuana laws, but Fete is optimistic. 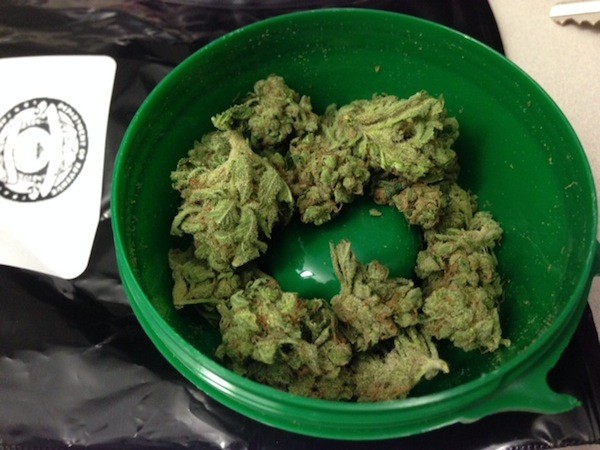 Fete, 34, is a Saint Louis University graduate who grew up in Webster Groves. Tired of the bank job he had in St. Louis, he decided to head out to Colorado in 2008 to see what else he could get into. While working at an Enterprise Rent-a-Car, a friend asked him if he'd be interested in managing a medical-marijuana dispensary. That sounded more interesting than renting out cars, so he jumped at the chance.

See also: All Eyes on Colorado: 4 Reasons St. Louis is Jealous of Legal Weed (And 1 Reason We're Not)

After learning the business, Fete partnered up with three others and formed Beacon Wellness Group in 2010.

Getting started took money and patience. Owing to restrictions and regulations, opening up a dispensary usually costs between $100,000 and $150,000.

It also takes months of applications and learning the regulations one has to abide by. Two important rules in Cortez is that medical-marijuana dispensaries have to have a grow house physically attached to the building, and owners must grow 70 percent of their product. 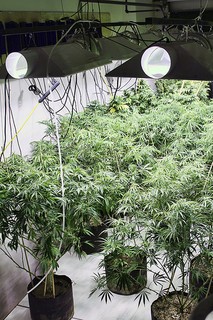 "Every dispensary has to have a grow," Fete explains. "We can't buy from one grow company. For medical marijuana, we have to grow 70 percent of the product that we sell. The other 30 percent we can buy from other licensed grow facilities that are attached to a dispensary."

Being forced to grow more than two-thirds of your product onsite can be challenging when demand is greater than the supply a small grow can provide.

"But no matter what, we have to sell 70 percent of what we sell, or we can get penalized or fined or even shut down," Fete says.

It's hard work, but business is good.

"Like any business, we're not going to retire tomorrow, but we're doing well," Fete says.

And when recreational sales will be allowed, business should only get better.

"It's a big deal because it opens another avenue for a business. It helps businesses diversify a little, but it will be different," he says. "Recreational marijuana will be more expensive than medicinal because of excess taxes."

Click the next page to read more about legal weed and medicinal use...

Medical marijuana goes for about $25 an eighth. Recreational will be around $45, plus a 25 percent sales tax. But if Wednesday's reports out of places like Denver and Telluride are any indication, people are happy to spend a little more to buy their weed legally and safely.

Despite the excessive regulations that are a result of a "just be lucky we're letting you do this" approach many Colorado lawmakers have taken to lifting prohibition laws, Fete hopes that Missourians will follow Coloradans' lead and vote to legalize, even if it's just for medical use.

From the past few years on the job, he says, the great benefits that marijuana has for medical use ranging from helping cancer patients eat to epileptics decrease their seizures, and there's no reason why people in his home state should not be allowed to have the same medical choices Coloradans have.

"I had in 2009 a patient who was in her 90s, and her family was very scared to get her on marijuana. We discussed it for a while and decided to get her on tinctures," Fete says, referring to the kind of capsule made with medical marijuana. "She went from 80 milligrams of Oxycontin a day to 20 milligrams with the help of [cannabinoid] capsules."

He adds: "I can list you more than a handful of people who came to my office and told me 'This is the day that I'm not on any pharmaceutical pills because I'm taking [medical marijuana].'"