2013 St. Louis Person of the Year: Wacha, Boeing, IKEA in the Final Five

Mayor Francis Slay released the top five finalists for the 2013 St. Louis Person of the Year award Thursday, although only one is actually a person.

Voters selected the final five nominees from Slay's list of the top 50 newsmakers of 2013, although not everyone agreed with his list.

On Slay's mini-polls website, he posts that some "cranky-pants" complained the list overlooked important people or nominated non-people for the honor. Like the annual Time magazine process, St. Louis' person of the year is about naming the person -- or business, nonprofit or other thing -- that made the biggest impact on River City this year.

Slay says the balloting for the top five spots was very close -- only a few dozen votes between fifth and eighth place in his year-end poll.

"That is certainly a lesson that Mayor Francis Slay will encourage us to remember in the campaign season," he posts on his polls site.

Immediately after the finalists were announced, Better Together STL took an early lead in the poll, followed closely by the orchestra. Voters can cast their ballot for the 2013 St. Louis Person of the Year through Thursday. 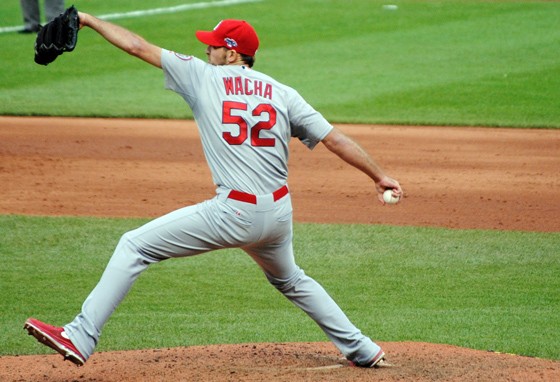 1. Michael Wacha The St. Louis Cardinals' top 2012 draft pick rose to prominence this season with the World Series-bound Redbirds. Just a year out of Texas A&M University, he was quickly adopted as a St. Louis darling when he threw a no-hitter for more than eight innings against the Washington Nationals before an infield single tipped off his glove, allowing a player to get to first base. Wacha pitched six innings of World Series Game 2 against the Boston Red Sox, a game the Cardinals won 4-2, making him the seventeenth-youngest pitcher in league history to win a World Series game.

If you ask us: Wacha was impressive this year, but we'd be more inclined to vote for him if the Cardinals had actually won the World Series.

2. Better Together STL This grassroots project comes after years of kvetching from St. Louis city and county residents about the divided nature of the region's geography and resources. The group wants to explore uniting the city and county in six community-based studies on local governance. The group only launched last month, and besides making a lot of plans, they haven't done much yet.

If you ask us: A vote for Better Together STL is really a vote for unifying the city and county -- a worthy and complicated cause.

3. IKEA The worst-kept secret in St. Louis will finally be a reality. The Swedish furniture retailer announced plans to open a store in the Lou in fall of 2015, and the announcement puts an end to swirling rumors and citizen-driven petitions. IKEA plans to bring 300 full-time jobs to the city after completing construction on their new building near the Vandeventer Avenue exit on Interstate 64.

If you ask us: Maybe we should wait to make sure IKEA actually comes here before naming them the "Person of the Year."

4. St. Louis Symphony Orchestra at Carnegie Hall St. Louis' orchestra impressed and amazed on an international scale this year with their Carnegie Hall performance of the opera Peter Grimes. The New York Times called the concert unforgettable, extraordinary, involving and "a highlight of Carnegie Hall's Britten festival." Associate and founding editor of the Beacon Robert Duffy said the performance's "magnificence struck the near-sellout audience in the hall with nothing less than the force of revelation."

If you ask us: The St. Louis Symphony Orchestra repped STL hardcore. Even if we're not the biggest orchestra fans in the world, we're in awe of their accomplishment.

See also: The St. Louis Symphony Just Had Its Best Year in Over a Decade

5. Boeing One of Missouri's largest employers is considering St. Louis for the production of the aeronautics giant's new 777x line. Negotiations with unions in Washington state came to a standstill this year, and St. Louis quickly and publicly began courting Boeing for the new plant. Now every time the word Boeing makes a move, St. Louis seems to fall all over itself to decipher what it means.

If you ask us: Boeing was a huge newsmaker in St. Louis this year, but it's important to remember that St. Louis' love affair with Boeing is one-sided. If Boeing finds a cheaper place to build its 777x, it'll leave St. Louis in the dust.