A-1 Book Exchange is closing next week. All books are 99 cents till Tuesday, but after that the store will shutter, signaling the end of the bookstore chain Francis Pfieffer started in 1959.

Ken Pfieffer took over management for the family business from his father in the mid '90s.

"We're the only place in the world that I know of where you can buy a Hustler and a Bible and put it in the same bag," he says, cracking a smile. "And I have done that. More than once." 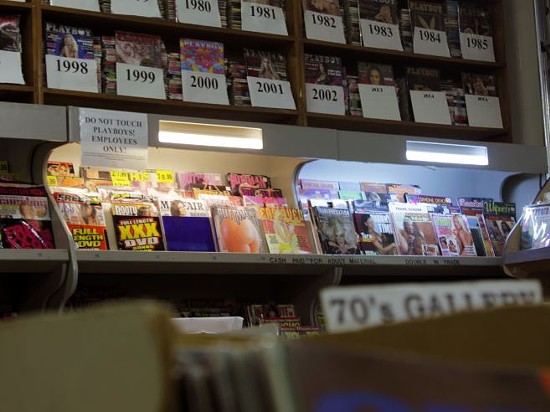 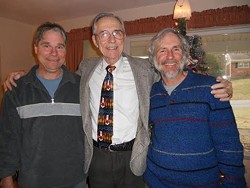 In 1959 Francis was just a World War II veteran working as a parking lot attendant near the Fox Theatre. The way he tells it, he was returning from lunch from one day when he passed a bookstore with "Going Out Of Business" taped to the front door.

"Well, I told the owner I would be interested in owning a book store. He says: 'See this bushel basket? If you take over the bills in this basket you can have the store.'"

Francis paid off the roughly $2,500 in bills crumpled in that bushel basket. Over the next five decades he opened stores across the St. Louis area; at the height of his business' success in the late '70s, he was running fifteen simultaneously. He retrofitted two trucks into book-mobiles and drove them to flea markets in surrounding states, and bought up dozens of struggling mom-and-pop stores in order to raid their inventories. 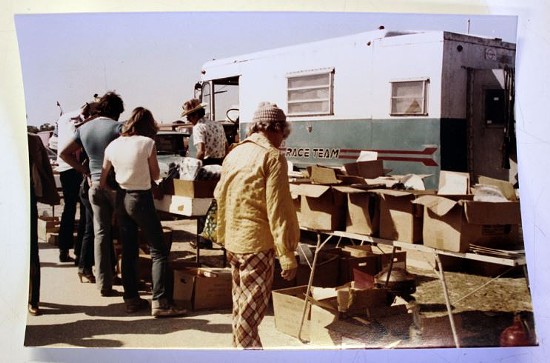 Nearly all Francis' stores featured an adult section, and right from the beginning this made his chain different from his competitors. Ken says that their stores have been sued for obscenity, picketed and denounced by various religious organizations.

At the same time, Ken says, the store was always stocked with Bibles -- some contained both extensive religious books sections and adult sections on opposite sides of the floor space.

Ken walks over to a waist-high display case and extracts an old Playboy from 1969 still bearing a sticker from one his dad's first stores. A customer had traded it in recently.

"For most other book sellers, this is taboo," Ken sasy. "But from day one, that gave our business an edge. It doesn't matter to me; it's all media."

Ken says things started going downhill fast in 2009. Since then, sales have halved every year. Two other stores, Godfrey Bookstore in Godfrey, Illinois, and Book-n-Barber in Grafton, Illinois, will be closing in a matter a months.

As for Francis, he laments the fact that any customer with a smartphone has access to information that, in the pre-computer days, would have been privileged information to businessmen like him, industry experts. Now, everyone is an expert. "Things change," he repeats.

"I look back on all the bookstores that have gone out of business where I've come in and bought the inventory, and I think how they must have felt," he adds. "Now I know how it feels."