Informant Who Solved Murder Sues For $250,000 Reward, Fears For His Life 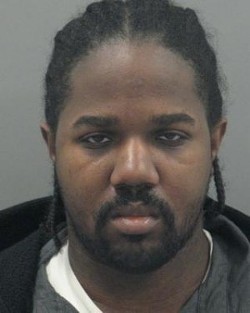 The brutal 1999 killing of Mark Raiffie went unsolved for over a decade before a Crime Stoppers tip led to an arrest. All it took, apparently, was the promise of a $250,000 reward from the victim's distraught father, a local businessman.

But the man who provided the information that led to the arrest says he hasn't gotten a penny from Seymore Raiffie, who offered the reward in the Post-Dispatch in 2008.

"He has received death threats," says the informant's lawyer, Timothy Smith, who tells Daily RFT that his client is staying anonymous out of fear for his life.

According to the Post-Dispatch, McNeil told police that he watched one of his accomplices shoot the 47-year-old victim before beating him with a baseball bat and leaving him to die on the floor. He's now serving a 20-year jail sentence.

The informant, listed as John Doe in the complaint, wants Seymore Raiffie to pay up, with interest:

Here's an excerpt of the suit, as reported by Courthouse News.

Because said unilateral offer was made by defendant Raiffie as previously indicated, plaintiff was induced and had the capacity to accept, and in fact did accept said offer by providing crucial information to the proper authorities which broke open this cold case and led to the arrest and eventual conviction of William McNeil for the murder of defendant's son, Mark Raiffie.