This Republican Senator Has a Total Girl Crush on Claire McCaskill 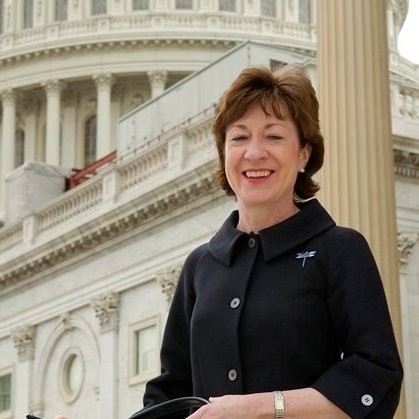 Given the chance to write an essay on the woman she admires most, Republican U.S. Senator Susan Collins of Maine pointed to one of the other nineteen women in the Senate: Missouri's Claire McCaskill.

The two may not agree on everything, but McCaskill's work to end wasteful government spending and sexual assault in the military inspired Collins to write the essay for Politico, titled "Senator from Show-Me State Shows How It's Done."

"Missourians rightly prize their reputation as independent, plain-spoken and trustworthy -- qualities that define Sen. Claire McCaskill," Collins writes. "To that, I would add another quality that describes this senator from the Show-Me State -- she is feisty."

McCaskill has been front and center in efforts on the Hill to protect and empower sexual-assault victims in the military. She and the other members of the congressional Armed Services Committees introduced historic new legislation this week aimed at eliminating retaliation and protecting troops to try their attackers in court.

"The reform legislation we sponsored is informed by Sen. McCaskill's experience as a county prosecutor and will help to improve protections for the patriotic women, and men, who defend our nation," Collins writes.

Collins says McCaskill reminds her of another famous Missourian politician: President Harry "Give 'em Hell" Truman, who made a name for himself as a watchdog, keeping an eye on defense contractors.

"It is a great tribute to him that Sen. McCaskill today is one of our most outspoken and effective critics of wasteful government spending," Collins writes.

The essay is one of the more public and heartfelt displays of solidarity the senate's twenty women have displayed lately. Their regular women-only dinner meetings have become a famous example of bipartisan problem-solving in a divided, male-dominated political climate.

"We can disagree on one issue and come back together on another because we trust each other," Collins says of McCaskill. "We don't always see eye to eye, but we will never throw each other under the bus."