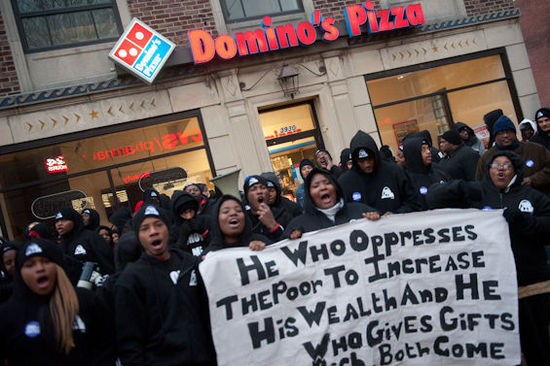 St. Louis fast food workers braved the cold Thursday to join a 100-city strike, protesting outside McDonalds, Arby's, Domino's Pizza and Rally's for higher wages and the right to unionize.

The strikes started a year ago in New York and have swept across the nation as fast food workers ask for a pay increase to $15 per hour. In St. Louis, the campaign has adopted the name "Show Me $15."

"Our country's fastest growing jobs are also the lowest paid, slowing the economy and hurting our local economy," Show Me $15 says in a statement about the December 5 protests. "While the fast food industry is making record profits, its workers are forced to rely on public assistance -- to the tune of 7 billion taxpayer dollars each year -- just to afford the basics." 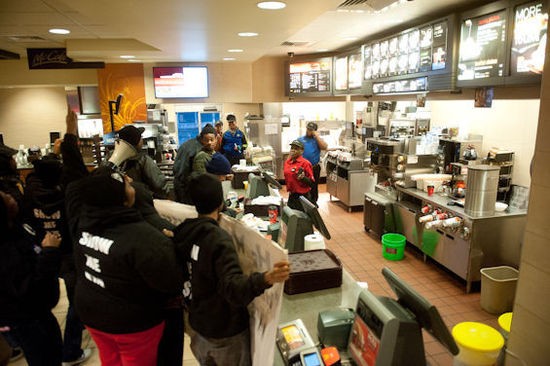