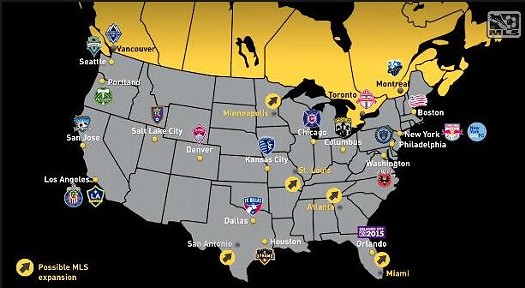 Orlando and Atlanta are on deck to be the next cities to host Major League Soccer teams, but St. Louis' recent games featuring big names like Manchester City, Chelsea and the Bosnian and Argentinian national teams put the Lou on a short list for MLS commissioner Don Garber.

"It's the birthplace of soccer in America, from what I've been told," Garber said about St. Louis in his State of the League address from Google's New York headquarters Tuesday. "So I think St. Louis...could be another great market."

Garber says he sometimes runs into St. Louis great Yogi Berra, who eagerly talks soccer -- not the New York Yankees -- when they meet, a sign of the sport's significance in the Lou.

Watch Garber talk about St. Louis' own Yogi Berra at :47.

The MLS usually keeps thoughts on expansion under wraps, so Tuesday's address was big news for soccer fans.

St. Louis' rivals for one of the coveted final MLS slots include San Antonio and Minneapolis, all of which appear on a map released Tuesday of current and potential MLS team sites.

"The downtown formula has been working for us, and it's hard to imagine that we would go into a market where we didn't have that scenario," Garber said in his address. "All the potential stadium sites -- and I say potential because we haven't even begun to look deeply in any of those markets -- all of them would be within the urban core." 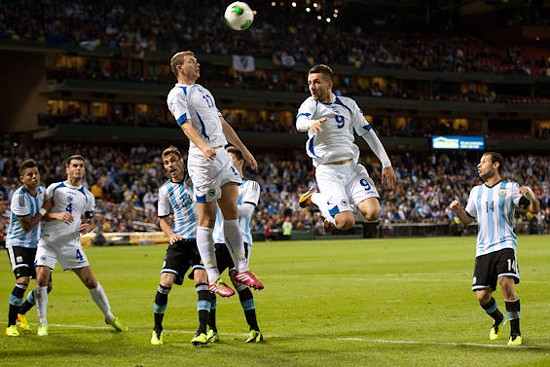 Stadiums bring money and jobs, Garber says. The $35 million project to bring a stadium to Maimi is expected to create 600 construction jobs and employ 2,000 people full- or part-time.