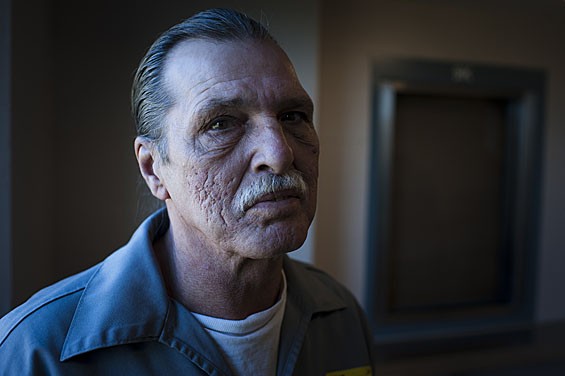 Our print edition this week tells the whole story of Jeff Mizanskey, the only man in Missouri serving a life sentence without parole for marijuana charges.

Twenty years ago this month, Mizanskey was arrested in a sting operation that resulted in him being convicted a few months later of possessing and intending to distribute about five pounds of marijuana.

Our story tells how the sting operation came about, how an over-the-top prosecutor and judge were able to dole out such a harsh sentence, and why Mizanskey believes the governor should grant him clemency -- his only option of ever getting out of prison.

We interviewed Mizanskey at the Jefferson City Correctional Center in November. See below for a video excerpt of that interview in which he explains his frustration about being a nonviolent offender who will never get a chance at parole:

Mizanskey has made efforts to prove he has made the best of his time in prison and rehabilitated himself, including working a steady job and doing programs in prison, despite not being eligible for parole:

Mizanskey hopes that with the changes in marijuana laws around the country, Governor Nixon can be persuaded that his sentence is unjust. His attorney is working on an effort to get people to write letters to Nixon and contact his constituents' office at 573-751-3222.

Read the story - Life for Pot: How a Missouri Man Could Die in Prison for Weed