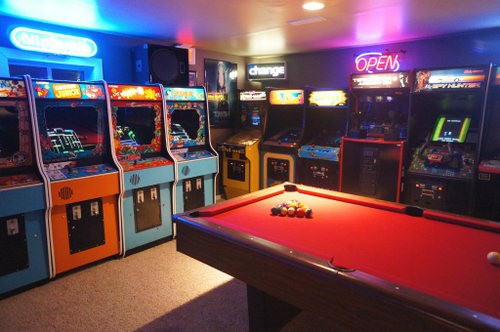 When he's not at work or serving as a children's minister, Jeremy Wagner puts his engineering skills to work bringing broken video arcade games back to life.

He's Frankenstein, and he's lovingly filled his Warrenton basement with 45 of his resurrected monsters -- all free and open to anyone who wants to play.

"It doesn't matter whether you believe in God or not; I believe God has blessed me with this, and I offer it," Wagner says. "My door is open for free. Food is free. Candy is free. I see it as outreach."

"This was my dream, to have this place, to open up to everyone to enjoy," Wagner says. "This is a dying art. Nowadays, everyone is stuck at home or they play on the Internet." 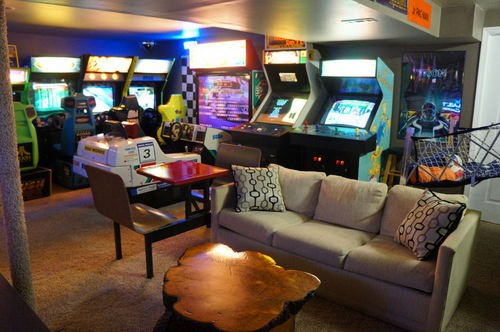 Wagner is a product of the golden age of video games. As he grew up outside St. Louis in the early '80s, arcades became a new kind of playground for him and his step-brother, who was only six months younger.

"Everywhere you went, they had arcade games somewhere," Wagner remembers. "We didn't have Internet and smart phones and all that. I was quite fascinated by colors and graphics and sounds."

After college, Wagner found two games for sale online in 1996, the early days of the world wide web.

"I was like, 'You're kidding me! You can actually buy these things?'" Wagner says. "We used to fantasize about if we were millionaires, what arcade games would we have in our house. I didn't even know it was legal. For all I knew, only businesses could buy them."

In 2004, he bought his wife a touch screen game for her birthday. "Then I asked her, 'Hey, I just bought you a game. Do you mind if I get a new one?' That kind of set the ball in motion," Wagner says.

Wagner and his wife, Dawn, made a deal: Wagner could buy all the games he wanted, as long as they cost less than $75, which usually meant they were broken. 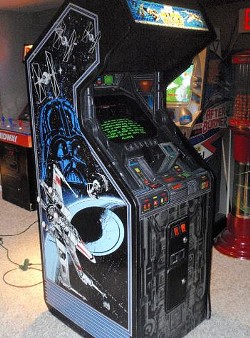 When Wagner wanted a more expensive game, he bundled up a few of his new repairs and sold them to cover the cost. He's driven across the country to pick up some of his favorite games, like Star Wars and the Simpsons arcade games.

"They're very hard to find," Wagner says about the Star Wars game. "Nobody wants to let it go."

Wagner bought so many games that he filled his garage, kicking the cars to the curb. Together with his wife and six children, he moved to Warrenton, where his brother and father-in-law helped him build the ultimate gaming basement, complete with a bar, popcorn machine and 45 free games.

"I see it as something God has blessed me with," he says.

Wagner says anyone who wants to see his basement can email him at jeremy@thebasementarcade.com.