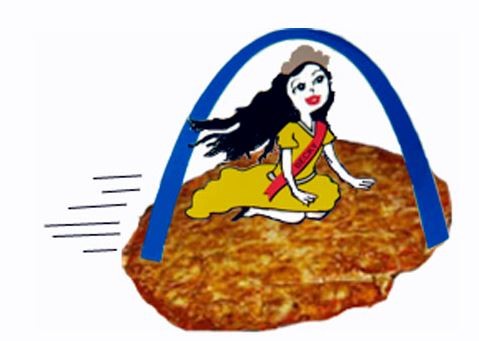 As David Freese leaves the Cardinals to play ball with Albert Pujols in Los Angeles, Daily RFT began to wonder: Who should fill the baseball all-star's three-year contract to be the spokester for St. Louis staple Imo's Pizza?

We have a few ideas.

Since her St. Louis carpet kingdom crumbled this summer, Becky Rothman, the self-styled queen of carpets, probably doesn't have anything else to promote. We'd like to see her riding on a flying pizza, please.

See also: Larry Conners Plans KMOV Exposé; Enemies Have "No Idea What They Are Facing" 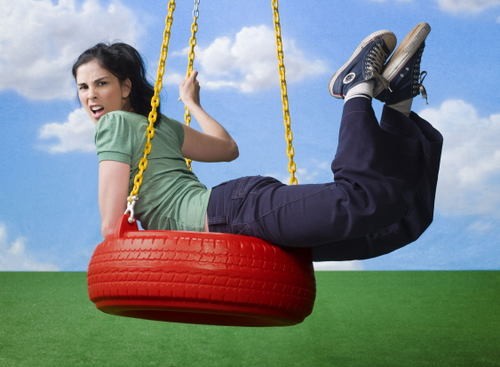 Jimmy Kimmel loves to make fun of Imo's Pizza, and who better to make fun of him back than his hilarious ex-girlfriend Sarah Silverman? We know she's not a St. Louisan, but we think she'd join in on the fun, especially if it means free pizza. Kimmel has talked smack about Imo's to former Office star Jenna Fischer, comedian Judah Friedlander and uber-hottie Jon Hamm.

If it has to be a Cardinal, we suggest coach Matheny. If Imo's wants to sell boatloads of pizzas to sexually repressed soccer moms -- and believe us, they do! -- he's the clear No. 1 choice.

When a paparazzo on the street asked the fashion-diva-slash-mogul where he should go in St. Louis, Simmons was quick to rep her hometown's square beyond compare. In a KMOV video, Simmons orders her entourage out of her way so she can tell the photographer: "[St. Louis] is a place near and dear to my heart. You should go to Imo's Pizza, and you should get Red Hot Riplets."

Bradford has all our requirements for an Imo's spokester: He's a local sports star. He's not too busy at the moment. Plus, he even has experience. Remember all those Charter commercials?