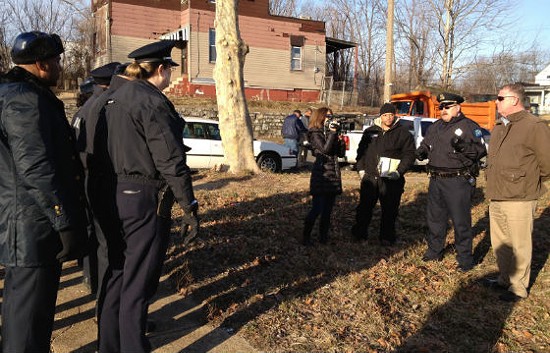 Just a month before her son was shot to death around the corner from her north-city house, Geraldine Carter, 73, thought crime in her neighborhood was finally winding down.

"I was just thinking, 'Maybe it was going to get better,'" Carter tells the Daily RFT.

Then Carter's son, Garland, was found dead in the snow, gunshot wounds in his head and neck, murdered to avenge a killing he didn't commit.

Carter's sons -- Prince and Garland -- are both featured in a New York Times front-page story about gun crime in St. Louis. Prince Carter tells a Kansas City-based reporter that he sleeps with a shotgun and avoids going out at night ever since his 52-year-old brother was murdered.

"Oh, yeah, he's right about that," says Geraldine Carter. "It's terrible over here. There are so many that got killed. Nobody seems to know what it is."

The New York Times story, headlined "In Places Like North St. Louis, Gunfire Still Rules the Night," spread like wildfire through St. Louis, a place often ignored by the big-time news outlets even when it doesn't deserve to be.

The story perpetuates an unfair and unfounded reputation many have been fighting against: that St. Louis is a gun-crazed, ultra-violent city with crime rates that put it on par with the likes of Ciudad Juarez, Mexico, and Mogadishu, Somalia. It's a reputation that plagues the city around the world, including in France, where, these days, travelers are warned to avoid north St. Louis.

But north of Delmar Boulevard, Geraldine Carter says, that reputation feels like reality, and she doesn't need the New York Times to tell her about guns in north city. The day the story came out, police investigated two drive-by shootings in north St. Louis, including one where suspects shot at a car with seven children, injuring a teenager and the female adult driver, according to the St. Louis Metropolitan Police. 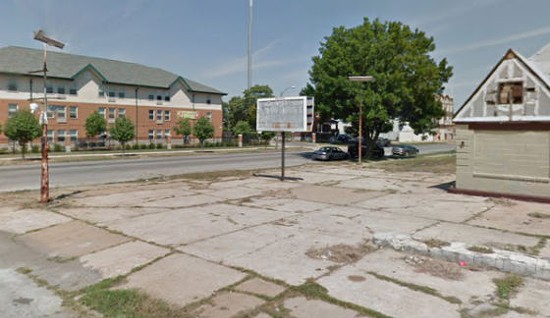 Carter blames it on envy -- unsupervised, gun-toting teens breaking into homes and cars to steal the good life.

"They'll lie in wait and come into your house," she says. "If you're in there, they'll shoot you, too. And you know that's the way it is."

Nine months after her son's death, Carter says her family is still devastated over the loss of Garland, a man who served his neighborhood by cleaning, raking leaves and taking out trash for neighbors. The day he died, he had finished shoveling snow off porches and cars for his family and neighbors before heading around the corner to the liquor store, where he was killed trying to buy a beer.

"It hurts to the core," Carter says. "It's devastating. Everybody is still grieving."

Halloween was particularly difficult. For the first time, Garland's seven-year-old daughter didn't have her dad to take her trick-or-treating.

"So I don't try to do anything but stay in my house," Carter says. "It's just been so hard for me. I don't have the energy to do nothing. I still cry about my boy."

"My oldest son was just asking me three days ago, 'Momma, don't you want to leave?'" Carter says. "I thought maybe when the economy got better and everybody got a job, we could leave."

Carter says she'll probably never leave, now. Her daughter and grandchildren have moved into her duplex, and she looks after a 96-year-old neighbor who recently broke her hip.

"This is our house, and we have to do the best we can," Carter says. "We're just stuck here. Nobody can really do nothing right now."