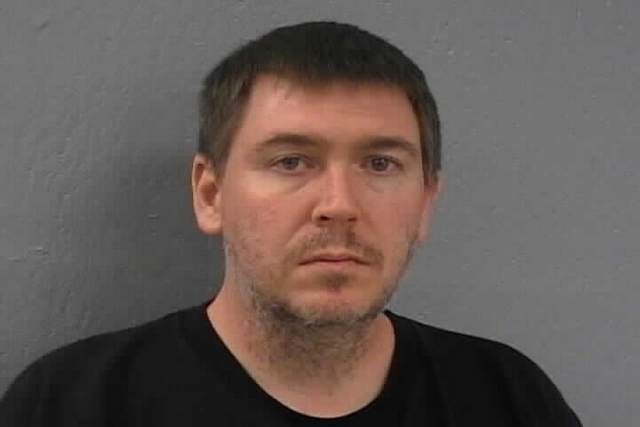 After spending more than a year in jail, a former Springfield correctional officer has pleaded guilty to paying someone to kill his wife's ex-husband.

Robert Jones, 43, made his plea in federal court Wednesday. According to his lawyer, Jones, a Gulf War veteran, suffers from post traumatic stress disorder and "would not have committed the crime had he not been in that condition."

But a federal judge disagreed, and now Jones could serve about eight more years behind bars after becoming the target of an FBI-led sting operation last year.

Jones was working as a guard for the Medical Center for Federal Prisoners in Springfield when he first made contact with an inmate who had once been a high level player in a drug trafficking ring.

According to an affidavit, Jones believed the inmate could connect him to a hitman. Jones wanted his wife's ex-husband dead.

Jones and the inmate met ten to fifteen times between March and April 2012. All their meetings were captured by the unit's surveillance system, and the well-connected drug trafficker was cooperating with investigators as well.

During one of the meetings, Jones apparently confided that his wife had left him and took all their belongings except the couch, television and bills. He blamed her ex-husband.

"[The ex-husband] was causing their relationship great trouble and difficulty. And in Jones' mind, such as it was, he wanted to do something about it," says Dee Wampler, Jones' attorney.

After meeting again in June and July, the inmate eventually gave Jones a phone number to a hitman named Chuey. Chuey, of course, was an undercover FBI agent.

The two arranged to meet at the food court inside the Battlefield Mall, and there Jones handed Chuey a photo the ex-husband, his address and $1,500 in cash. Jones was arrested there in the mall.

Prior to Wednesday's guilty plea, Wampler had tried to convince the court that his client was not guilty by reason of insanity.

"This doesn't exonerate him, he did what he did," Wampler says. "But the psychology reports indicated he does have a mental condition, a disease that he suffers from."

The court declared Jones not to be insane.

Though he could not provide Jones' medical reports due to confidentiality, Wampler did agree to read a few lines from Jones' October 2 evaluation over the phone:

"In my opinion the defendant would not have committed the alleged offense if he did not suffer from depression and post traumatic stress disorder. Mr. Jones is not anti-social or criminally minded."

Counting time served, Jones could face a total of ten years in federal prison without parole.

The full press release from the U.S. Attorney can be read here.