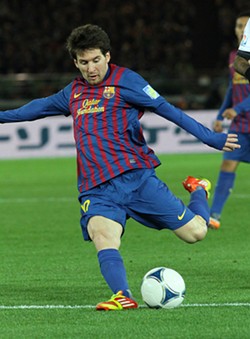 International soccer star Lionel Messi will not be on Busch Stadium's pitch Monday.

The best soccer player in the world will be out for eight weeks after tearing a left thigh muscle on Sunday, so he won't suit up for the international friendly between Argentina and Bosnia-Herzegovina.

But for tens of thousands of St. Louis soccer fans, he was a secondary draw anyway. If you want to see the real star of the show, keep your eye on Vedad Ibisevic, the Bosnian soccer player who adopted St. Louis as his hometown when he immigrated here as a teen. On Monday, he'll have the rapt attention and manic fandom of a city with more Bosnians per capita than anywhere outside Bosnia.

"Coaches should be telling their younger club players to go to this game and watch this player who started out just like them," says Mike Turner, who coached Ibisevic on a youth club team. "The Bosnian community has got to be going crazy." 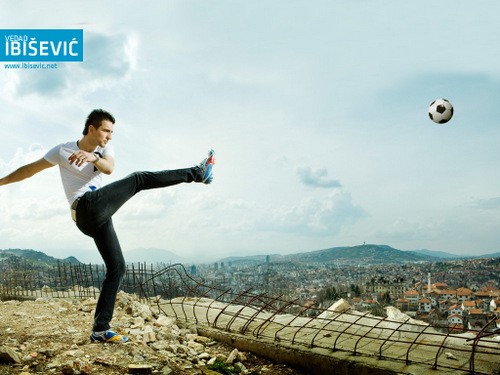 Ibisevic played for Roosevelt High School and (now defunct) Busch Soccer League as a youth, and Turner remembers him as one of the most creative, driven players he'd ever seen.

"I knew fifteen minutes into a training session that he was a top player for his age, just the way he held the ball," Turner tells Daily RFT. "You could tell he spent just tons of time with the ball."

Turner remembers Ibisevic as the player who showed up first, played hard and left last. His eyes lit up when the coach brought out the bag of soccer balls. 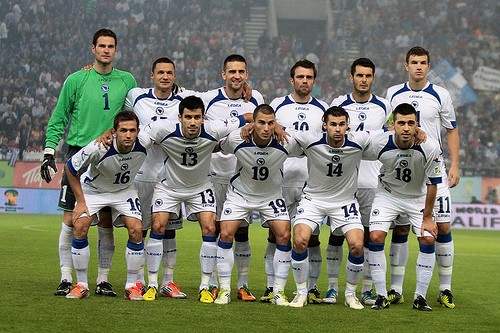 All sixteen of the players on Ibisevic's youth club team won college scholarships, and Ibisevic joined four other teammates at Saint Louis University, where he was named Soccer America Magaine's Freshman of the Year for scoring eighteen goals and four assists in 22 games.

Watch Ibisevic score the goal that will take his team to the World Cup after the jump. See also: "Blasphemous!" Cardinals Fans Outraged By "Horrible Idea" of Soccer at Busch Stadium

Last month, Ibisevic scored the goal that sends Bosnia to next year's World Cup finals in Brazil -- the team's first trip to soccer's biggest competition since Yugoslavia dissolved as a country.

But Ibisevic was probably looking forward to challenging Messi in a stadium filled with thousands of fellow Bosnians. Messi is Ibisevic's favorite player, according to FIFA, though he thinks Franck Ribery could pose a threat to Messi's fifth Ballon d'Or win.

Ibisevic will have lots of family and friends in the stands. He asked for 50 tickets for the match, according to the New York Times.

"Now I am going back to St. Louis, and it's crazy how it came about," Ibisevic tells the New York Times. "I'm going to play against one of the best teams in the world. I am looking forward to this game in St. Louis, where I spent a couple of great years of my life."