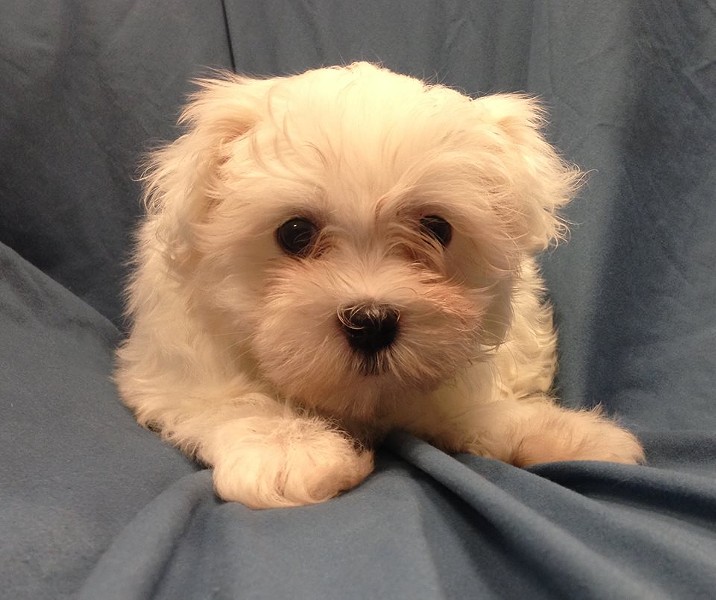 Three fluffy Maltese puppies are safe and healthy after being dognapped over the weekend by an unidentified blonde woman and returned by a mysterious Good Samaritan.

The dognapper -- who stole puppies from two Petland stores in Chicago on Friday and one in Lake St. Louis on Saturday -- is caught on security footage at all three shops distracting employees, stuffing the dog into a purse or vest and walking out the front door.

By Sunday, a tall man in a dark coat left a kennel with the three puppies in the walkway to the Lake St. Louis Petland, calling out to a random customer to help him get the kennel inside. He told the customer he'd be right back, but he never returned, says Petland co-owner Tom Killmade.

"I've never seen anything like this," says Killmade. "We were very distraught. We take our babies very seriously."

Petland employees and customers spread news of the thefts on Facebook and online, calling the woman Cruella DeVille and hoping she wasn't after their fur.

"She's got a white-fur thing -- very 101 Dalmatians," Killmade says, referencing the white furry vest she wears to steal a third dog from his store, according to security footage. "We were thinking terrible things because she was stealing so many."

Killmade thinks the viral sharing of the dogs' photos turned the heat up for the dognapper, pushing someone who knew about the stolen dogs to return them.

"I assume they ditched them to try to avoid the ultimate consequences," Killmade says.

The man avoided the security cameras that got such a good look at the puppy thief, so Killmade only knows him as a shadow of a tall man in a dark coat.

The Missouri puppy is still for sale. See which charity will benefit once it's sold after the jump. Petland in Lake St. Louis will still sell the two-pound puppy after its rescue, but Killmade said he'll donate the money to the Make-a-Wish Foundation.

"Our wish came true, so we're going to pay it forward," he says. "We're just so excited to have her back. We're going to send that karma back into the universe."