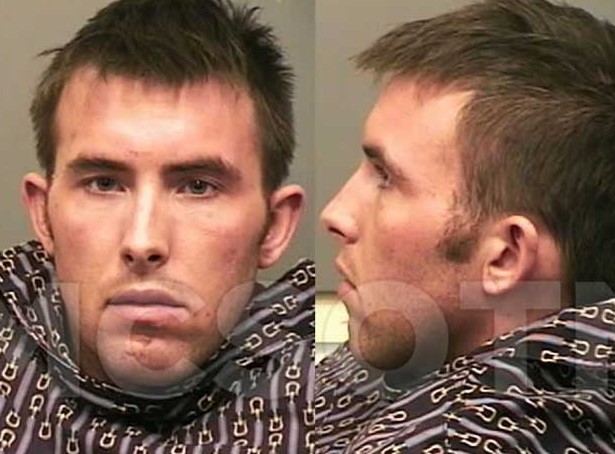 Benjamin Schweitzer says that when he put five bullets into Frederic "Nic" Moses, he thought there was an intruder in his house -- even though Moses was his friend and a guest in his home at the time.

For that, he was charged with "reckless homicide" instead of murder, and was sentenced to the maximum penalty: four years in prison.

The incident happened in March 2012. Moses, a St. Charles native and decorated Green Beret who had served four tours in Afghanistan, was in Clarksville, Tennessee, for training exercises at nearby Fort Campbell. Schweitzer, an army medic, was a guest in the house Moses shared with other soldiers. The two were stationed together at Fort Campbell as part of the 5th Special Forces Group (Airborne).

The night of March 15, 2012, Schweitzer says, he was awoken by what he thought was an intruder. He grabbed his gun and looked for the supposed intruder and came face to face with Moses before shooting him five times. Moses managed to escape his house and cross the street to a neighbor's to get help, but he collapsed and died on the front porch.

Police were called to the scene, and Schweitzer barricaded himself in an upstairs bedroom. When the attending officers kicked down the bedroom door, Schweitzer fired multiple shots and hit officer James Eure in the arm, the Leaf Chronicle reported. Schweitzer eventually surrendered after a standoff.

The Leaf Chronicle says Schweitzer testified that he had taken some ketamine, a powerful anesthetic. The Clarksville paper also says that he had been depressed because of a recent demotion. Ketamine is sometimes used in treating depression, but it appears that Schweitzer was self-medicating because he says he took it after he "researched [it] as a medic."

Schweitzer was originally charged with second-degree murder for the death of Moses and two counts of attempted first-degree murder for shooting at the cops, but a jury found him not guilty of those charges in April. They did, however, find him guilty of the far lesser charges of reckless homicide and reckless endangerment. The maximum penalty he would face is four years in prison.

The Post-Dispatch reported in September on the shock that verdict caused for Moses' family:

When the jury read the verdict on August 22, Paul Moses, the victim's brother, said it felt like the room started spinning.

"It was totally surreal; it was beyond comprehension," he said.

Fred Moses yelled across the courtroom at his son's killer: "You're going to burn in Hell." Nic Moses' mother, Jeanie, said she was in shock for five days after the verdict and could barely function. "Then the anger started to set in," she said.

Schweitzer was finally sentenced Tuesday and got the maximum of four years for reckless homicide. And since he has been in custody for more than a year, he was credited with time served for the reckless homicide charges.

"Time served, sentence satisfied," a Clarksville Court clerk tells Daily RFT about the reckless endangerment charges. He was also given a $15,000 bond until he has to serve his four years.

Moses was a 2003 graduate of Duchesne High School, the Post Dispatch reported. He joined the army as a nineteen-year-old student at Missouri State University.

Elizabeth Moses, his younger sister, read a letter aloud at Schweitzer's sentencing. From the Leaf-Chronicle:

"I could write a book of memories and stories of my brief 22 years with Nic on earth. He was truly one in a million. He had an addiction which I admired and strived to become just as infatuated with: Life. My brother was someone who truly seized the day and made the most of every moment he was given on earth," she said.

"Nic will never have a family of his own, nor will my children know their Uncle Nic when that chapter of my life begins."

She said her whole family felt a void in their lives from Nic's violent death.

"I am forever grateful Nic had the strength to cross the street for whatever reason. I believe with his physical strength and stamina he crossed the street with the help of angels so he could see the face of (his neighbor) with his last breath rather than the face of the devil in his own home."