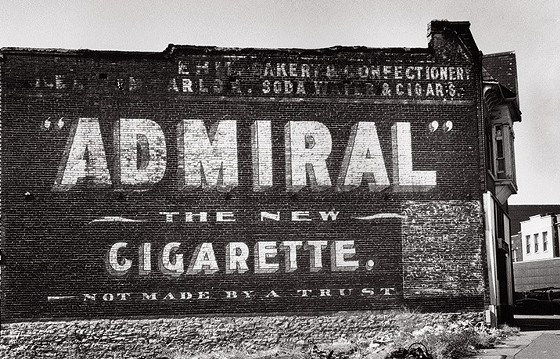 They're literally vanishing before our eyes -- the elaborate painted advertisements that once blanketed our city of brick. And while most of us give these fading "ghost" signs little thought, they've become something of an obsession for St. Louis author William Stage.

Stage first began photographing wall signs in the late 1970s -- first in the Pacific Northwest and later in St. Louis. A decade later his photos and research led him to publish the book Ghost Signs: Brick Wall Signs in America. In 2011 Stage followed up with The Painted Ad, a postcard book of some of his favorite advertisements, most of them pitching products and companies -- Admiral cigarettes, Bull Durham tobacco -- long out of business. Now Stage is out with his third book on the subject, Fading Ads of St. Louis.

"Did I think there was a third book in me? No," admits Stage. "But then the publisher [South Carolina-based the History Press] contacted me." 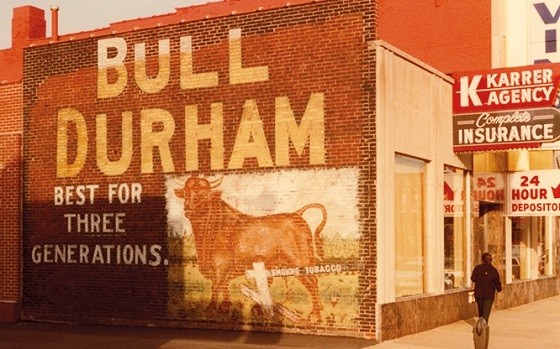 Unlike his previous titles, Fading Ads of St. Louis features only photos and histories of local signs that Stage has discovered over the past three decades. Among them are the semi-famous "Brains 25¢" sign that once graced the side of a now-shuttered diner on Chouteau Avenue and the Switzer's Licorice ad that decorated the entire side of a warehouse near the Eads Bridge. Then there are the lesser-known wall advertisements, such as the Blanke's Faust Blend Coffee sign that Stage glimpsed one day while driving on Martin Luther King Avenue in Wellston. 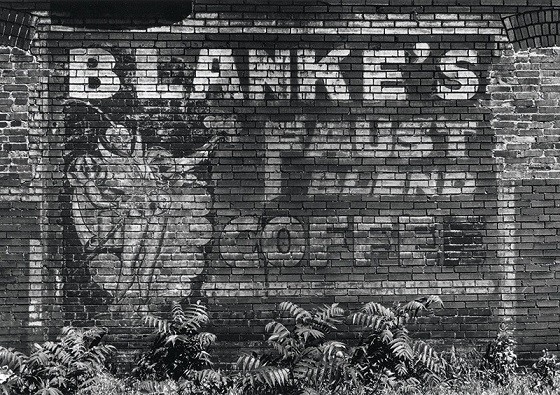 "It was covered by weeds and trees," Stage recalls. "I went home and got a hatchet so I could take a photo of it unobstructed. It had this incredible demon caricature on the ad that I believe must have been Mephistopheles from the Faust legend."

Sadly, that ad is no more. Like many of the city's wall signs, the building that hosted it has long been razed. Yet with the destruction comes new discoveries. Stage recounts in his book that a handful of St. Louis wall signs have only recently come to light when an adjacent building was torn down.

"There's a sign along North Broadway for Rising Sun Stove Polish," says Stage. "It's probably been there for a hundred years but looks almost new because it was hidden until the building next to it came down." Stage will be at Subterranean Books tonight from 6 to 7 p.m. signing copies of Fading Ads of St. Louis.