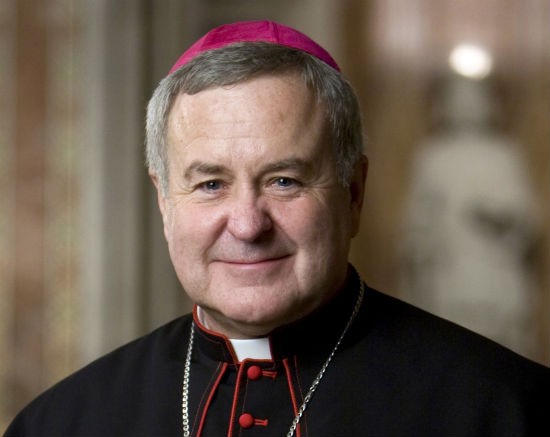 St. Louis Archbishop Robert Carlson asked a judge to immediately dismiss a lawsuit from the family of a teenage girl who claims he failed to prevent her molestation by Father Xiu Hui "Joseph" Jiang.

Circuit Judge Chris Kunza Mennemeyer did not immediately dismiss the case, which accuses Carlson of tampering with witnesses by asking the victim's family to return hush money paid by Jiang.

The archdiocese put Jiang on administrative leave last summer after he was charged with first-degree child endangerment for allegedly fondling a teenage girl on four occasions.

Court filings say Jiang, who was a close friend of the victim's family, offered to pay "any amount of money" to ignore the abuse, eventually leaving a $20,000 check for them on their van.

Carlson lived with Jiang, who was then the St. Louis Cathedral Basilica associate pastor.The family's lawsuit against Carlson says he asked for the check's return.

Survivors Network of those Abused by Priests, the oldest and largest support group for clergy abuse victims, says this case "expose[s] the corruption and complicity of top Catholic officials in court."

"We suspect few Catholics will understand -- or approve of -- Carlson trying to get a very recent clergy sex abuse and cover up case dismissed," the group says in a statement, "particularly that apparently has some pretty compelling evidence: text messages, phone messages, and a pending criminal case."