If you've rented a limo in the last few years, you might want to change your credit-card number because a St. Louis-based limo service technology company was hacked, and data for thousands of credit cards for people who wanted to party like a rock star were compromised.

According to Krebs on Security, a cyber-security blog, more than 850,000 credit-card numbers, as well as names and expiration dates, were obtained in a hack from the databases of CorporateCarOnline.com, which is described on its website as "the leading provider of on-demand software management solutions for the limousine and ground transportation industry."

In addition to parents of prom partiers and quinceanera birthday girls, the credit-card info for many celebrities, politicians and corporate executives had their info -- or the info of whomever was footing their limo bill -- compromised. 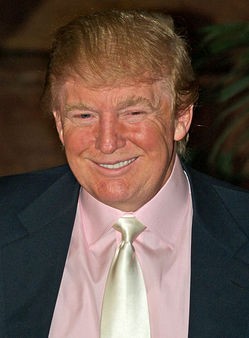 The data also included notes for preferences for the VIPs. Some are pretty normal, like Aaron Rodgers of the Green Bay Packers, who likes three bottles of water in his limo. Others are a little more demanding, such as Donald Trump, who requires that his limo "Must be new car, clean, and front seat must be clear."

But judging by the Krebs on Security post, the biggest divas are politicians and executives, such as Michael D. Grimes, co-head of global technology investment banking for Morgan Stanley, who "Always wants 'Michael David' for name sign. Do not use last name! Always wants inside meet."

There was also a listing for a "Claire McCaskill," although it was not clear if it was for the senator.

Bruce Chesly, director of advanced space and intelligence systems at Boeing, was one of the top execs to be compromised, but he didn't appear to have any high-maintenance demands.

Read about the limo company's sex toy incident after the jump. However, there was an incident involving a limo being trashed with cheese, crackers and a sex toy:

After the vehicle returned to base we discovered that it was left in a complete mess. Slices of cheese were all over the seats, windows and the bars. On top of that, crackers were left on the floor and seats crushed by people sitting and walking all over it. We are transportation company not a restaurant and we specifically put in our terms and conditions that we do not allow any food in our limousines. Also we do not allow any sexual activities in the car and we have found sex toy while cleaning the car. We have charged your card for cleaning fee of $100 since we had to send limousine to the car wash to get it detailed after all the activities during your rental.

Krebs didn't name names -- and we're not going to either -- but Boeing has been under a lot of pressure with defense cuts lately.