The Circuit Attorney's office charged two St. Louis men Thursday in the apparently random shooting death of John Paulsen, a director at the Chase Park Plaza Hotel who was shot and killed inside his convertible.

Lorenzo Milton, 22, is charged with second-degree murder, first-degree attempted robbery and two counts of armed criminal action. Milton, of the 4200 block of Meramec Street, is being held in jail without bail.

Police also charged Ronald Milton, 29, with unlawful use of a weapon and tampering with a witness in a felony prosecution. He was jailed in lieu of a $30,000 cash bond.

Paulsen was parked on the 4200 block of Neosho Street in the Bevo neighborhood of south St. Louis at around 3:30 a.m. on July 21 when he was fatally shot in the arm and chest.

Paulsen's family says he was on his way home from working at a wedding when he stopped to put up the top of his convertible.

Paulsen, the 57th homicide victim in the city of St. Louis this year, lived on the 900 block of Dover Place in the Carondelet neighborhood nearby the shooting.

Paulsen was born in Kansas City, Kansas, on July 5, 1965, and was adopted nine months later by James and Janet Paulsen. He grew up and went to school in Goodland, Kansas, and graduated in 1983, a member of the National Honor Society. He went on to attend Bethany College in Lindsborg, Kansas, and then studied performing arts at Northwestern in Chicago before eventually moving to St. Louis. 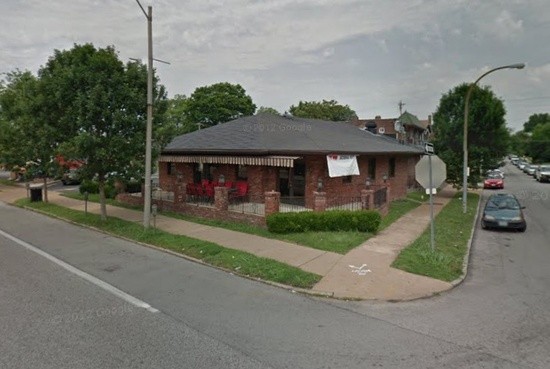