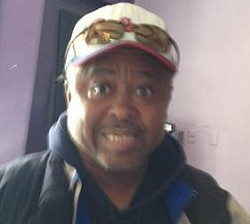 In an effective-yet-stupid move, hawkers for counterfeit World Series tickets in St. Louis are letting their customers snap photos of them as a kind of insurance policy.

Trouble is, that just leaves Cardinals fans with fake tickets, no money and a photo on their phone.

"If you're looking for tickets, buying them from someone on the street you don't know probably isn't a good strategy," Dotson says.

Real tickets have a hologram and MLB logo.

Anyone with information about counterfeit tickets or about the two men pictured should call police at 444-5627.