"They're a special kind of fucked up."

Daily RFT isn't sure there's better way to characterize the hate-fueled antics of the Topeka, Kansas-based church, which sends protesters across the country to spread the word of God's indiscriminate hatred. So it's not a major shock they visited their nauseating brand of goofy bigotry on Game 3 of the World Series on Saturday.

Thankfully a couple dozen counterprotesters, like Winters, gave the Westboro Baptist Church a hearty St. Louis "reception," and Daily RFT was on the scene to capture the showdown. Enjoy! 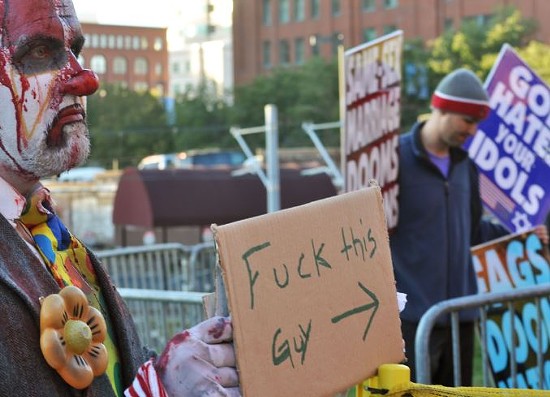 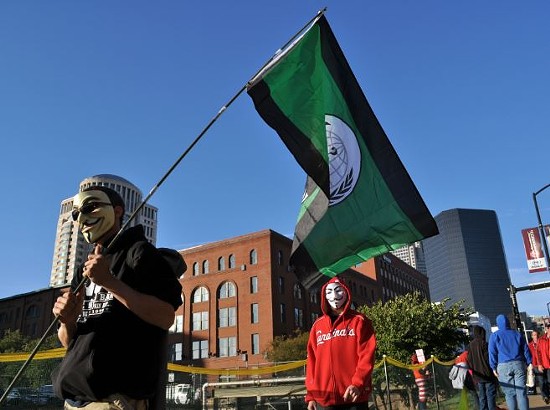 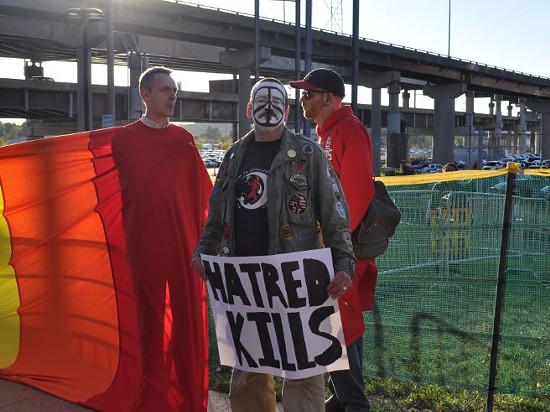 Continue for more photos from the Westboro Baptist Church protest

See also: Gateway Pundit Says Westboro Baptist Church is "Left-Wing." So What Are His Views On Gays? 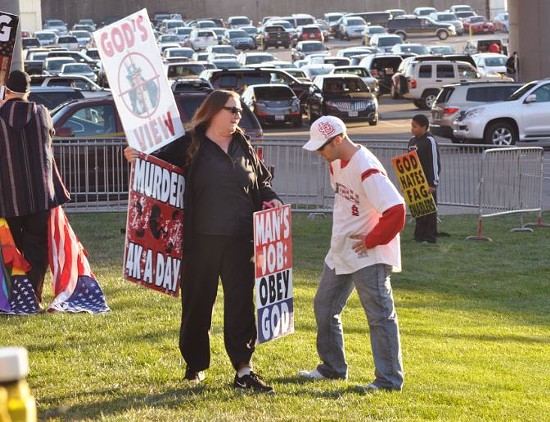