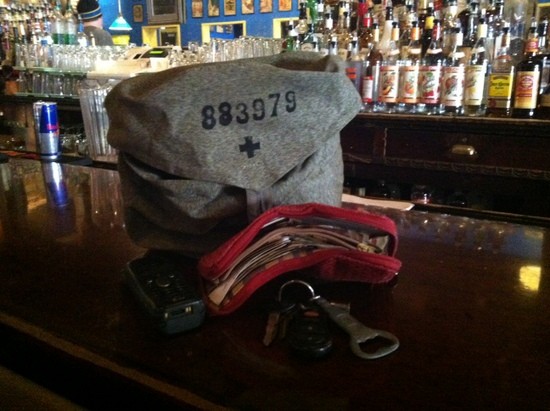 Someone hid Rose Martelli's purse in the drop ceiling of the women's bathroom in Blueberry Hill's Elvis Room. It was such a good hiding place that staff only found the purse last week, ten years (almost to the day) later.

And Martelli -- now Rose Lorre, 39, a freelance writer living in Montreal -- says one thing's for sure: She's not the one who put it there.

"I remember losing it, I remember how upset I was," Lorre says. The purse was one of her favorites. "I remember being very mad that it was that bag because how are you ever going to replace a fucking Swiss army bag?"

A New Jersey native, she was hanging out with other St. Louis transplants at Blueberry Hill ("In retrospect, we were mostly bound by alcohol," she remembers) when the purse went missing.

"Maybe someone stole cash and stashed it? Or someone was just fucking pranking me, which pisses me off," she says. "I don't ever expect to find out."

The purse feels like an unintended time capsule. A receipt shows she filled her car with gas for $1.50 per gallon. Her ID and credit cards (all there) expired years ago. Her car keys are grimy.

There was no cash in the red woven wallet, which is now warped after ten years pressed into the ceiling.

"Quite frankly, if there was cash in there, they're welcome to it," Lorre said. "I got pretty drunk at Blueberry Hill. I probably spent most of it. I called the credit-card company. No one was using the credit cards, which is the main thing you have to worry about."

How did Lorre learn her bag had been found? Find out after the jump! 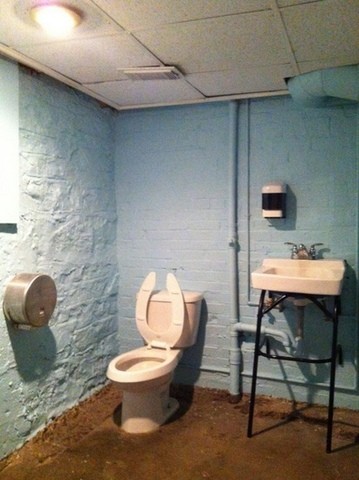 Lorre learned of her found bag from Facebook. Mark Early, who was a DJ at the Royale when Lorre bartended there about ten years ago, posted on her wall that someone at Blueberry Hill was looking for her.

"The very fact that he was writing something to me on my wall was suspicious," Lorre says. "I mean, he's a great guy, but we're not really that close."

She tried to convince herself Early's message was spam, but she found herself calling Blueberry Hill anyway.

"I was like, 'This is the weirdest phone call you're going to get,'" and asked if he had found her ten-year-old bag. "The guy said, 'Yeah, we have it right here,'" Lorre says.

Since Lorre has no plans to return to St. Louis anytime soon, Blueberry Hill says it'll mail the bag back to her, but the question remains: How did it get there in the first place?

One Blueberry Hill staffer asked Lorre if she hid it in the ceiling because the restaurant doesn't have a coat check.

"I wish I was that brilliant," Lorre says. "Who does that? Who gives a shit that Blueberry Hill doesn't have a coat check? It's not a steak house."

Note: When she lived in St. Louis, Lorre wrote for the Riverfront Times as a restaurant critic.