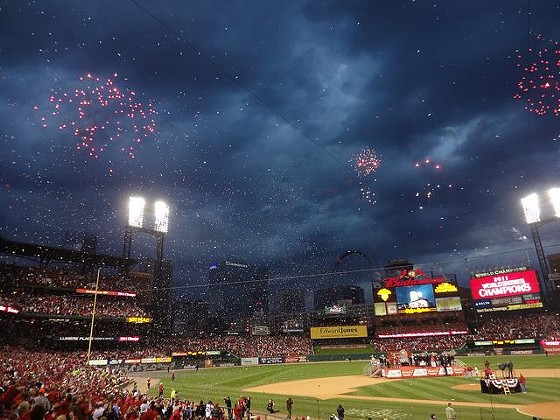 Nineteen. It's the number of times the St. Louis Cardinals have made it to the World Series, and a tally that's second only to the New York Yankees' 40 trips to baseball's big dance. The Redbirds also lay claim to the most championships, again after the Yankees. And while October baseball has mostly been kind to the Cardinals (the club's eleven World Series titles good for a .578 winning percentage), the Fall Classic hasn't always gone the Redbirds' way.

Will 2013 be another embarrassment like the '04 series (more on that below) or end in jubilation à la 2011? Whatever the case, if the past six World Series are any indication, Cardinal Nation is in for its share of ecstasy and heartache this week.

The beer capitals of America square off with the Milwaukee Brewers vs. the St. Louis Cardinals (then owned by Anheuser-Busch). 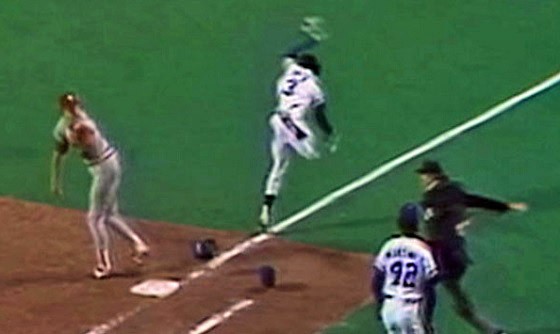 The '87 matchup against the Minnesota Twins marks the first World Series ever played indoors. And damn that Metrodome. Its deafening roar and white ceiling (the better to camouflage pop flies) wreaks havoc on the Cardinals, who drop all four games in Minneapolis.

The Redbirds back into the playoffs, making the postseason only because the second-place Houston Astros fail to win their final game of the season. The Cardinals will go on to win the championship despite having the lowest winning percentage (.518) of any World Series winner in history. But, hey, a ring is a ring, right?