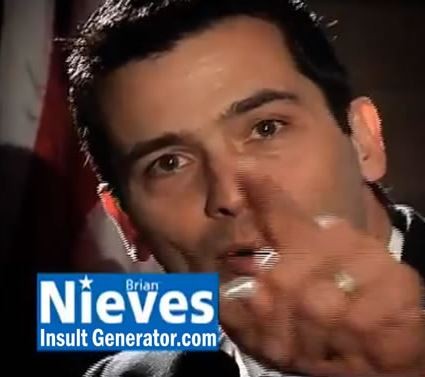 Missouri State Senator Brian Nieves is, well, a passionate man. An outspoken man, a patriot who gave an assault rifle to a campaign contributor and sent a rambling, bizarrely aggressive e-mail to a guy who just wanted to be removed from Nieves' e-mail list.

But when it comes to trading barbs over Facebook, Nieves is a verifiable put-down assassin.

In recognition of Nieves' singular talent, Progress Missouri created the Brian Nieves Insult Generator, a website which randomly displays one of Nieves' hall of fame insults in massive black font across the page. One reads:

"Why haven't I heard back from you? Did yur Mom ground you from twitter? Or have U been too busy playing X-Box?" 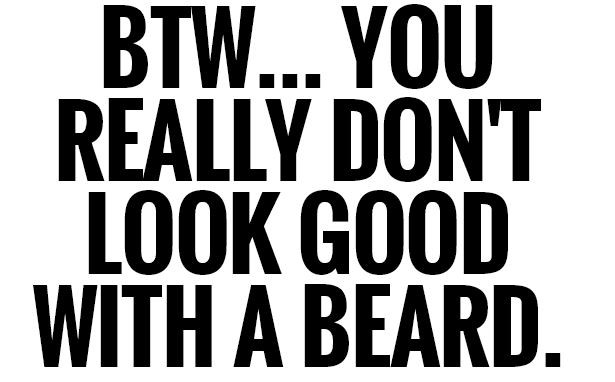 Most of the generated quotes come from Facebook and Twitter spats. Progress Missouri executive director Sean Soendker Nicholson says that his staff came up with the idea for for an insult generator on Sunday after Nieves' latest Facebook showdown.

So what did poor Martz do to earn Nieves' label of Lowest Value Person? Martz had posted to Facebook the finalists for the Lock & Smith legislative award, a granite plaque given to a Missouri legislator "who, by their voting record most adheres to the principles of limiting government and expanding freedom."

Nieves was one the five senators nominated. However, commenters on the post turned the discussion to how Lock & Smith had chosen the finalists.

Martz found himself defending Lock & Smith's decision to award points to legislators who voted against House Bill 436, which, had it not been vetoed, would have criminalized the enforcement of federal gun laws and banned publishing of the names of gun owners.

Martz wrote numerous posts in response, explaining that Lock & Smith considered the bill an unacceptable violation of Missouri's constitution. Legislators who voted for the bill, like Nieves, were given a lower score.

So Nieves jumped in the ring, swinging at Martz the only way he knows how: hard.

Nieves' anger is somewhat understandable: He was the handler of the HB 436 in the Senate. He was also incensed that Martz docked him points for missing 30 votes to be with his hospitalized daughter.

Nicholson told Daily RFT that Progress Missouri will continue to add to the Brian Nieves Insult Generator as new "material" becomes available. Though extreme in its own right, this incident still doesn't overshadow the time Nieves posted on Facebook that Governor Jay Nixon was "b____ slapping" the Second and Tenth Amendments.

For old time's sake, here's a video of Nieves uncorking his bottomless flagon of rage on reporters in April.