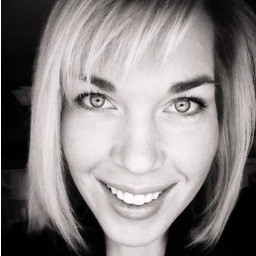 A Wisconsin woman says she was robbed of a $19,000 diamond ring after she put up an ad on Craigslist, and was taken in by a bizarre and elaborate scam.

Emily K. Graham needed some dough. She was going through a divorce and money was tight, so she decided to sell her engagement ring. A man contacted her, seemed legit, and after a lot of back and forth, offered to fly her to St. Louis so they could go to an appraiser together and seal the deal.

Graham told the Post-Dispatch she was picked up by a driver at the airport who -- instead of taking her to the appraiser -- pretended to get lost and pulled over behind an abandoned building in the Berkeley neighborhood. As they were stopped man rushed up to Graham's window and started pounding on it, demanding the ring. The driver put his hands up and did not hit the gas. Graham told the paper she was forced out of the car, and the thief took her ring, purse, laptop and her shoes before pistol-whipping her.

"I said, can I just have my ID? And then he hit me over the head and said, 'Shut up, you stupid bitch,'" Graham told KMOV.

After the thieves drove off together in the car she'd arrived in, Graham called the police, told them her story, and went back home to Wisconsin as the police looked into the case.

Berkeley Lieutenant Art Jackson Jr. tells Daily RFT that there is a person of interest based on similarities to another type of scam. Jackson says he can't go into details, but that the seller in that case didn't go through with the deal because he sensed something was amiss.

Cops are also checking into Graham's story. She is a self-proclaimed Web marketing guru who told the Post-Dispatch she had never heard of Craigslist scams, which sounds a little strange. Even stranger, on the same day she was mugged, she created a GoFundMe page to raise $30,000 for an after-school program to prevent children from growing up to become Craigslist ring thieves. As she describes it:

"We all are born innocent sweet children and for the most part the way we are brought up determines what we accept as right and wrong. Well, the adults that mugged me must have grown up with a hard life. My heart goes out to other kids that are being raised in the same environment. Kids, who I believe have an instinct to what doing the the [sic] right thing is. But then they see the people in their life doing differently and resort to the same desparate [sic] measures to survive.

Lieutenant Jackson says he just found out yesterday about Graham's Web presence. (As of this morning it appears the fundraiser page has been taken down.)

"We are looking into that," he said. "I don't understand why she just wouldn't use PayPal."

Daily RFT reached out to Graham for comment, but have yet to hear back.

Despite those red flags, the police believe her story so far and have even released a photo of the alleged thief which you can check out here. More as we learn it.