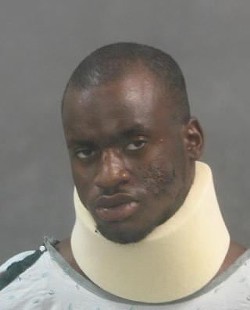 Last Monday, a 36-year-old off-duty St. Charles sheriff deputy shot three men who allegedly tried to rob him in Forest Park, killing one and wounding the other two, according to a press release.

Police say the 16-year veteran was out jogging with a 23-year-old female acquaintance after 11 p.m. The two stopped at the corner of the Grand Basin. That's when a black male walked slowly past the pair, raising the deputy's suspicions. Fearing for their safety, the deputy put his gun at his side.

The deputy's suspicions were validated when they turned a corner to find three black males in their late teens to early twenties, dressed in hoodies and dark clothing and armed with a gun.

Three of the deputy's shots struck Antonio Nash in the gut, killing the eighteen-year-old from the 2700 block of Kingshighway.

No other injuries were reported.

Police say they recovered suspects' gun and that the investigation is ongoing.