The second case of a dog burned dead this past summer has, like the first, resulted in an arrest.

Wesley Reid, 22, was taken into custody yesterday by the St. Louis Metropolitan Police Department. He is charged with one count of felony animal abuse and awaits a grand-jury hearing scheduled for November 19.

Zeus, a three-year-old pit bull, had gone missing in late August. When he was found in a neighbor's back yard he showed signs of being badly burned. Distraught, Zeus' owner brought the animal to the Humane Society. There, veterinarians determined that Zeus' injuries, which covered 80 percent of his body, were too extensive to treat, and he was humanely euthanized.

According to the probable-cause report, Reid allegedly texted Zeus' owner before setting the poor animal on fire. The text "suggested that the defendant purposed to set fire to the dog." 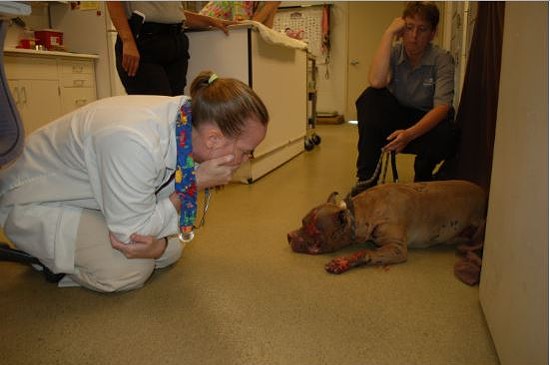 In July, Brownie the dog was discovered chained up and severely burned over most of his body. Brownie eventually died of his injuries, and Adrienne Martin was arrested in August for felony animal abuse.

Last week, a puppy was found dragging itself down the highway after being shot in the spine.

"People that commit these crimes, there's an underlying reason for it. But it is beyond my comprehension," Mike Perkins, director of the Humane Society of Missouri Animal Cruelty Task Force, tells Daily RFT. "We are steadfast that there is no excuse for animal abuse, and for anyone to encourage or place harm on an innocent animal is a reprehensible act."