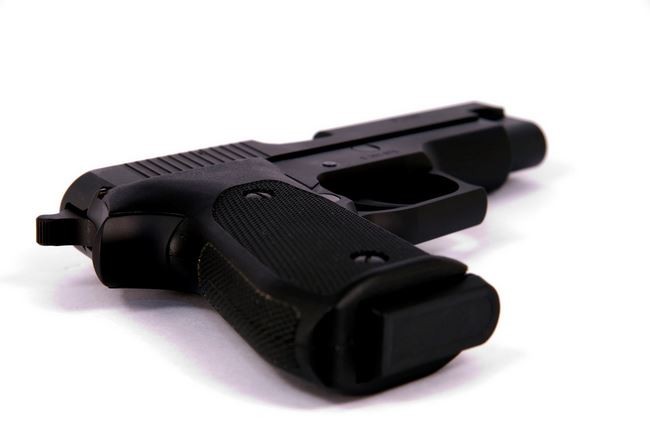 The body of 16-year-old Chauncey Brown, who was reported missing on Friday, was located Saturday in the rear of the 4700 block of Cote Brilliante. St. Louis Metropolitan Police say the teen was found face down with an apparent gunshot wound in the chest.

Another 16-year-old black male has been taken into custody in connection to the shooting.

Brown, who lived on the 2900 block of Keokuk, had gone out Friday night with two friends to Club 187, located on Martin Luther King Drive and Marcus Avenue. They ran into several individuals they were feuding with, and witnesses say one of those individuals threatened to shoot Brown and his friends with a handgun.

See Also: Kevin Davis, 40, Stabbed Multiple Times In Back (Homicide No. 77) Trying to avoid confrontation, Brown's group left the club. Confrontation followed, however, in the form of a newer model white Dodge Challenger, whose four occupants opened fire on the group of teenagers, who scattered and ran.

One of the victims told police that he and others searched for Brown after the coast was clear, but they could not find him. He was reported missing Friday afternoon, and after a search officers found his body on Saturday.

Police say they recovered the car used in the drive-by shooting, and that the investigation is ongoing.

Here's the full statement by the police:

Suspect: A 16-year old black male has been taken into custody. The vehicle used in the incident has been recovered.

On 9/28/13, The Homicide Section was requested to 4700 block of Cote Brilliante (rear) for a victim of a shooting. The victim was located facedown with an apparent gunshot wound to his chest. He was pronounced deceased by EMS. On 9/27/13, the victims were at "Club 187", which is located on Martin Luther King and Marcus. The victims and witnesses observed several suspects they had a prior feud with at this location. One of the suspects threatened to shoot victims with a handgun. To avoid a confrontation, the victims left the club. According to witnesses, a newer model, white Dodge Challenger, occupied by four black males, drove toward the victims. The suspects fired several gunshots at the victims from the moving vehicle. Victim #2 and witnesses advised they searched for Victim #1, but failed to locate him because the area in which he was last seen was very dark. On 09/27/13 at a 4 p.m. Victim #1 guardian contacted police stating the victim had not been seen and had not responded to numerous phone calls or text messages. The guardian stated Victim #1 had gone to a party the night before at Club 187. Aware that officers had previously responded to calls for shoots fired in the area of Dr. Martin Luther King and Marcus, officers responded to area and conducted a search and located Victim #1 in the rear of the 4700 block of Cote Brilliante. Victim #3 ran from the scene hasn't been identified as of yet. A 16-year old black male has been taken into custody. The vehicle used in the incident has been recovered. The investigation is ongoing.