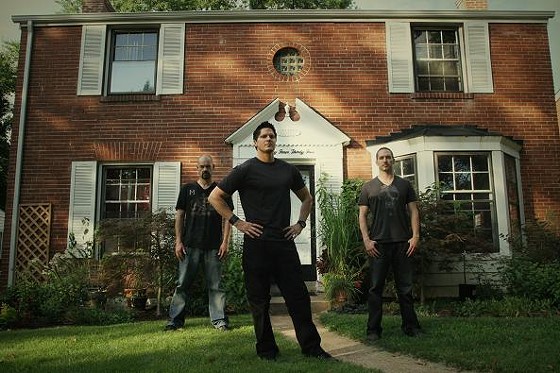 Ghost Adventures airs its 100th episode October 4 with an examination of the St. Louis "Exorcist House." And for the stars of the popular Travel Channel program, the investigation was more than just a milestone. It was one of their eeriest filmings to date.

"For me, personally, this is one of the scariest things we've encountered or captured," Ghost Adventures Nick Groff tells Daily RFT. "I still get chills."

For those unfamiliar with the back story of the Exorcist House, in 1949 a thirteen-year-old boy from suburban Washington D.C. traveled to St. Louis after experiencing hallucinations and fits. Doctors thought a change of scenery might help. It didn't. 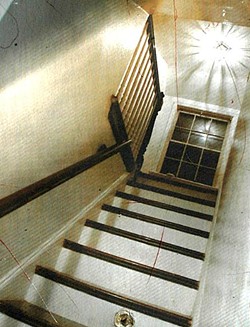 While staying with relatives in St. Louis, the weirdness continued, including household items floating about the room and strange welts forming on the child's skin. Eventually the boy's family called in priests from St. Louis University who performed an exorcism on the child at his relative's home in Bel-Nor and at the old SLU rectory and Alexian Brothers Hospital. Notes the clergy kept during the six-week ordeal would later be used by author William Peter Blatty to pen his best-selling novel-turned-film The Exorcist. Today the home where the boy stayed, on Roanoke Drive in Bel-Nor, is the only physical structure in St. Louis that remains from the 1949 possession. (For an in-depth account of the exorcism in St. Louis, see RFT's 2005 feature, Hell of House.)

Zak Bagans, host of Ghost Adventures, tells Daily RFT that he and his crew were drawn to the home after another investigator (Greg Myers of the St. Louis-based Paranormal Taskforce) had an unworldly experience a few years ago.

"He was in the boy's room where the exorcism occurred, and the left side of his face got very hot and he got quote-unquote disoriented," says Bagans. "There was another woman there who was a nurse. She noticed the left side of his neck started forming white blisters and within blisters was a white cross. There are photographs of it, and we have footage from the investigation."

Bagans says that he and his crew wanted to know if what Myers experienced was the re-emergence of the demons that possessed the boy or just some residual spiritual scarring from all that took place in the home some 60-plus years ago.

Continue on for details of the Ghost Adventures investigation of the Exorcist House.

The Ghost Adventures crew members say their investigation last month got off to a strange start even before they arrived at the Bel-Nor home. Fr. Jack Ashcraft, a priest and exorcist who was supposed to join them for the filming, had a freak medical emergency while traveling to the home and had to go to the hospital instead of attending the investigation. Bagans says that he also experienced a strange illness.

The investigation itself, however, started out as something of a bust.

"For the first three hours we were in the house we didn't experience shit," recalls Bagans.

The team then brought in a ouija board.

"We had our SB7 spirit box with us, and there was this weird moment when I actually said out loud to the guys: 'Do you really want to do this?'" recalls Groff. "Suddenly we got voices coming thorough the spirit box. One said 'devil' another said 'diablo.' Something was there with us."

Groff says he later presented the audio from the spirit box to Fr. Ashcraft.

"His jaw just dropped," says Groff. "He was like, 'You guys need to be careful and seek help. Not only is that one spirit, it's probably multiple demonic entities you heard -- perhaps up to seven -- because the weaker ones can't be heard as clearly."

Concludes Bagans: "It's draining what we encounter. The energy. It can drag everything out of your soul."

Tune into the Travel Channel on Friday, October 4, at 8 p.m. CST for more of the Ghost Adventures investigation of the St. Louis "Exorcist House."