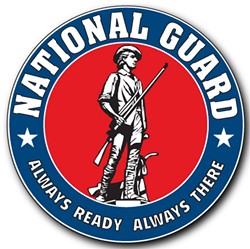 Unlike the governors of four other states that ban gay marriage, Governor Jay Nixon did not block the Missouri National Guard from providing full military benefits to same-sex couples.

The governors of Louisiana, Texas , Mississippi and, most recently, Oklahoma ordered their own state's National Guard not to process benefit requests from legally married same-sex couples, even though doing so went against the federal directives that followed the June defeat of the Defense of Marriage Act.

Like Oklahoma, Missouri has a constitutional ban on same-sex marriage. That fact doesn't affect the National Guard, Quin says, because its benefits program is federal.

But that distinction didn't stop Oklahoma governor Mary Fallin last week from ordering her National Guard to stop processing such benefit requests, and same-sex couples in those states now must go to a federal facility to gain benefits as a legally married couple. A spokesman for Fallin told The Associated Press that Oklahoma was merely following the wishes of its citizens.

Quin told Daily RFT that the Missouri National guard had "not been told otherwise" by the state or govenor Nixon when it began extending these benefits to same-sex couples on September 3. Quin says same-sex couples simply need to bring an official marriage license when they apply for their benefits or obtain an ID card.

Daily RFT reached out to Governor Nixon's office for comment and will update if we hear back.