Linn State Technical College cannot force all of its students to submit to mandatory drug testing, according to U.S. District Judge Nanette Laughrey, who sided with the American Civil Liberties Union in a decision on Friday.

"The lack of a substantial and real public safety risk alone compels the conclusion that the drug-testing policy is unconstitutional as applied to these students," reads the decision (on view below), which comes two years after the ACLU of Eastern Missouri first filed a lawsuit challenging the college's new mandatory drug tests for all incoming students. In March, a federal judge blocked the controversial policy through an injunction and has now ruled that the tests are largely unlawful.

The ACLU also estaimates that at least 450 of the 500 students who were forced to provide a specimen will receive refunds for the $50 they were each required to pay -- and their samples will have to be destroyed or returned.

"Like most Americans, Missourians are tired of the War on Drugs and policies that assume that everyone is guilty of illegal drug use," Jeffrey Mittman, ACLU-EM executive director, says in a statement. "The court recognized that illusory safety concerns can be used 'to mask unconstitutional purposes.'"

Daily RFT reached out to a college official and will update if we hear back. The Associated Press reports that an appeal in this case, which was filed on behalf of six students, is likely. Throughout this fight, the mid-Missouri institution has vigorously defended its policy, arguing that, given its technical focus, industry leaders support drug screening. The college is Missouri's only public two-year technical college with a statewide mission and has locations in Linn, Mexico and Jefferson City.

Why did it decide to drug screen students in the first place? From the college's explainer online:

The mission of LSTC is to prepare students for profitable employment and a life of learning. Drug screening is becoming an increasingly important part of the world of work. It is also believed it will better provide a safe, healthy, and productive environment for everyone who learns and works at LSTC by detecting, preventing, and deterring drug use and abuse among students.

In a past statement on the lawsuit, Donald Claycomb, president of Linn State, which set up a legal defense fund for this fight, said: "We appreciate the number of people wanting to support us. Our industry advisors have guided us and supported us through this process and recognize that we're a small institution that's been brought into an expensive legal battle." 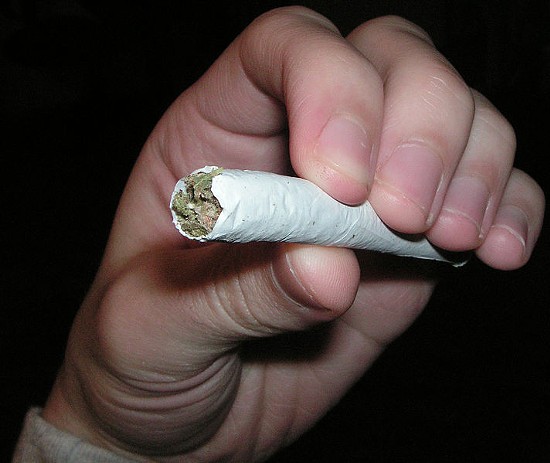 Laughrey's 62-page decision affirms that, with the exception of students in a handful of programs, the mandatory tests are unconstitutional.

The ruling, in line with the injunction, makes exceptions for a handful of programs, including aviation maintenance, electrical distribution systems, industrial electricity and power sports. The decision outlines some of the risks in these fields.

The ruling, however, notes that, more broadly, safety risks are not a concern that justify the testing:

Over the course of Linn State's fifty-year history, there has never been an accident on campus that resulted in death or substantial bodily injury. There have been accidents that have required some medical attention, but there is no evidence that drug use caused or contributed to any accident in Linn State's history.

Linn State does not have any greater prevalence of drug use among its students than any other college.

"Illusory safety concerns" cannot be used to mask unconstitutional purposes, the ruling says, adding: "Opening the door to expansive and widespread testing in this manner would significantly erode the protections of the Fourth Amendment."