Did William Corey Welsh have a right to defend his property and family or did he take it too far when he repeatedly fired his gun?

This is the debate that is likely to emerge in a shooting incident this week in Foley that sent a 22-year-old Wentzville man to the hospital and landed Welsh, 41, behind bars.

Deputies with the Lincoln County Sheriff's Office responded to a shooting at around 4:30 p.m. on Wednesday and spoke with Welsh, the Foley homeowner, who said that his daughter's teenage ex-boyfriend and four other men had arrived earlier at his residence to get some video games.

At some point, an argument broke out over "stolen medication the ex-boyfriend may have taken from Welsh." A friend of his, identified as twenty-year-old Christopher Kinney, a St. Charles resident, at some point "took his shirt off and threatened to fight Welsh," police say.

The homeowner then went inside his residence and returned with a handgun. He told police that the boy threatened his wife and "as a result he fired three shots into the ground to scare off the teens.

However, physical evidence revealed four shots were fired of which three struck in the 2004 Lincoln LS car. One bullet passed through driver's side, rear door, and struck the passenger in the wrist.

The men drove the injured 22-year-old to the Lincoln County Medical Center for treatment, police say, noting that a second round had penetrated the trunk of the vehicle and a third round had caused an indentation on the roof of the car. 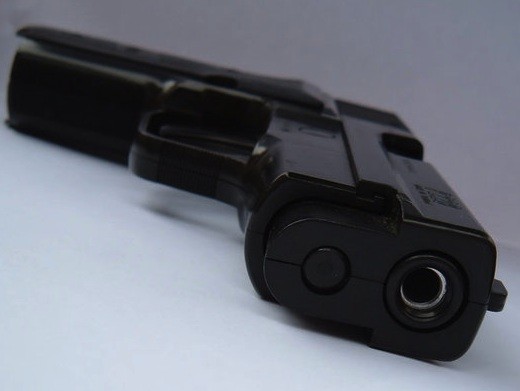 Welsh was taken in and charged with five counts of felony assault in the first degree and felony armed criminal action.

He is currently behind bars at the Lincoln County Jail with a cash-only bond set at $75,000.

Welsh does not yet have an attorney listed in court records.