What can St. Louis do to curb the wide range of problems associated with prostitution? One idea that's getting a lot of attention in recent weeks is to legalize it, which would mean permitting lawful, regulated brothels that the city could actually tax.

The concept was brought forward by Alderman Jeffrey Boyd, who says a constituent made the suggestion to him.

"It took me by surprise," he tells Daily RFT. "But I thought I'd put it out there and start some conversation and see what happens."

So he fired off some tweets, which has, in turn, sparked a lively debate and now some media attention:

A constituent suggested legalizing prostitution at the ward mtg since its out of control and low level crime. Brothels What do you think?

"These ladies are out there putting themselves in harm's way with prostitution," he tells us. "It's all over the street. And it looks bad."

Boyd says that legalizing prostitution in any form is not something that he himself would promote or even support at this point -- but he thought it was good idea to at least raise the question.

The constituent who first discussed it with him is a retired woman named Joyce Glasby, 55, who lives near Martin Luther King Drive in north St. Louis.

Glasby says the problem of prostitution has only gotten worse and that it may be time for a more radical solution.

"Every time you lock them up, that doesn't do anything," she says. "You move them from one corner to another corner."

If it were legal, "You would keep them healthy, keep them from getting murdered, get them off the streets," she continues.

Glasby, who has lived in the neighborhood for more than twenty years, says she would like to see some sort of safe, regulated brothel for adult women.

"I know what they are doing is not right -- but at least it would be safe and off the street," she adds, noting that if women were still prostituting on the street when there was a legal alternative, then it would be appropriate to arrest them. 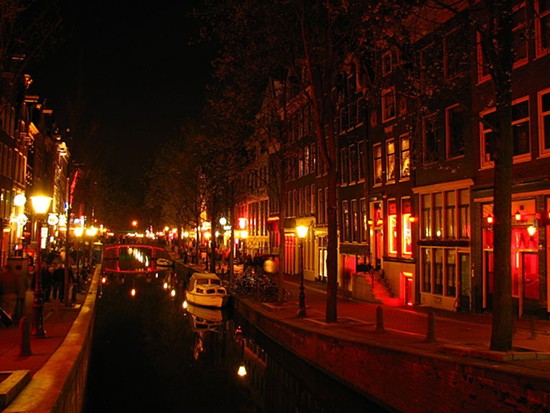 None of the current efforts are working, she argues.

"It seems like they can't find an answer to the problem," she says, adding, "These are human beings. I'm looking out for the women, not just my neighborhood."

She wants an elected official to take up the cause -- but Boyd says he's not interested.

"You don't have to agree with somebody to allow their voices to be heard," he tells us. "As an elected official, I have an opportunity to amplify their voice."

He adds of prostitution, "I'm interested in finding a solution to this problem."

For the safety of the neighborhood and the women, it is important that officials consider potential remedies, he adds.

"We need to get more creative about reaching out to these individuals," he says. "It's a dangerous business."

Here are some more of the alderman's tweets on the matter, noting that prostitution is in fact illegal in the state of Missouri:

@colleenkelly Mental health counseling is a more proactive approach. Its sad when someone feels prostitution is a good way out.

@colleenkelly I am willing to operate within current law and look 4 alternatives. Im not sure decriminalizing is the best solution.

@colleenkelly lets elevate this discussion to the State level. Its illegal in the State of MO. Change wont happen on local level.