Update below: The Missouri Court of Appeals has once again ruled that the controversial red-light cameras are legal and that municipalities have a right to regulate traffic in this manner. The decision today -- affirming key parts of a lower court's dismissal -- is tied to a Florissant case challenging the local ordinance.

The takeaway message, according to American Traffic Solutions (ATS), the company that owns and operates the cameras, is that folks with violations have to treat them seriously.

"You can't ignore it," says Jane Dueker, St. Louis-based attorney representing ATS. "If you have arguments about the validity of your citation, you need to go to court and present them. You don't get to just do nothing."

The decision today -- full document on view below -- is another setback for critics of the red-light cameras who allege that these ordinances violate their due process rights and the privilege against self-incrimination. In this Florissant case, the plaintiffs questioned the validity and constitutionality of the cameras, which catch drivers running red lights resulting in a notice of the violation and fine in the mail.

Opponents have long argued that these ordinances are designed to generate revenue with public safety as an afterthought, as Judge Kurt Odenwald of the Missouri Court of Appeals Eastern District notes in today's decision. ATS and the cities that have implemented the cameras, however, argue that these ordinances have a direct, positive impact for traffic safety. 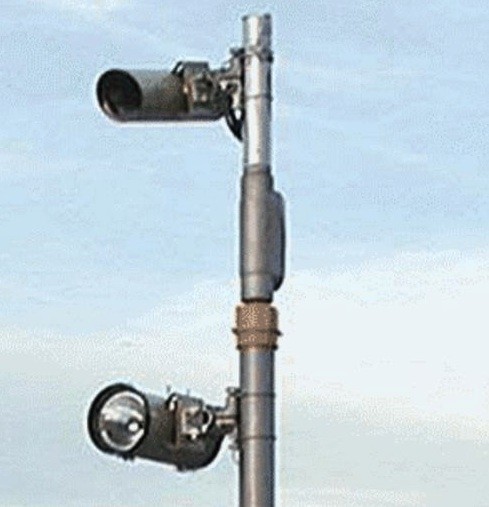 "This upholds the legality of these programs. The cities have the authority to do this. It's within their police power," Dueker explains, adding, "You don't get to plead guilty and sue to get your money back."

She adds, "Obviously changing driver behavior is what this program is about."

Florissant has catalogued a massive reduction in violations where cameras are located, she adds.

This decision comes after Florissant and ATS both filed a motion to dismiss the claims of the plaintiffs, Laura Unverferth, Joseph Cusumano and Francis Cusumano. In May of 2012, the trial court did dismiss all of the claims, prompting an appeal from the plaintiffs.

Today, "we affirm the judgment of the trial court dismissing the claims of the Cusumanos because the Cusumanos have an adequate remedy at law in their municipal court proceeding," the judge writes.

In a few other areas, however, the judge reverses the trial court's judgment, effectively sending it back to the lower court for further debate.

Regardless, the company is counting the decision as a win.

"From ATS's point of view, the program gets to go on," Dueker says.

Daily RFT reached out to the attorneys for the plaintiffs today and will update if we hear back.

Earlier this year, we reported on the latest in a similar case in St. Louis where justices for the Missouri Court of Appeals Eastern District unanimously ruled in favor of the city and its red-light cameras.

The city of St. Louis, as we noted in our coverage then, has earned $20.3 million from red-light cameras since the system went into service in 2007. ATS, which is based in Arizona, has taken in an additional $9 million from St. Louis, according to the mayor's office.

Update, 1:23 p.m.: Shortly after publishing this item, Daily RFT heard back from Ryan Keane, attorney for the plaintiffs, who argues that in many ways, the ruling is a win for his clients and that he is hopeful the case will advance to the Missouri Supreme Court.

"This is far from over," he says. "The Missouri Supreme Court is going to have to weigh in. I would be shocked if they don't."

He says of the decision, "It clarifies some issues and muddies others," noting Judge Lawrence Mooney's dissenting opinion.

He says the ruling affirms that he and his clients deserve another chance to make their case. "Overall, we were pretty pleased that the Court of Appeals took a close look at the issues."

Next, he will file a petition for a rehearing on some of the issues in which the appellants lost, he explains.

The biggest victory for his clients, he argues, is the acknowledgement that Florissant's enforcement of the law conflicts with state law.

"Our claims have merit and we deserve the opportunity to explore them further," he says.

Keane adds, "This isn't about safety. This is about money."

Here is a copy of today's opinion: