Should federal welfare recipients in Missouri face drug tests? More specifically, is it a good use of taxpayer money?

To State Rep. Stacey Newman, the answer is clearly no. Statistics that she shares with Daily RFT -- and which were debated at a hearing last week -- show that while the state has allotted hundreds of thousands of dollars toward drug testing certain welfare recipients in Missouri, the number of positive test results are incredibly low.

"The cost per person is astronomical," Newman, a Democrat, tells us. "Missourians do not agree with this. There are other ways that we can be spending hard-earned tax money."

According to a state report that lawmakers reviewed at an Interim Committee on Improving Government Responsiveness and Efficiency hearing last week, Missouri allotted $679,105 for drug testing Missouri recipients of the federal Temporary Assistance for Needy Families (TANF) welfare program in the last budget.

The report, on view below, says that the funding is allocated for developing a program to screen and test TANF recipients for drug use and covers related staffing costs.

This drug-testing requirement was established through 2011 legislation signed into law by Governor Jay Nixon, a Democrat. The law says that any applicant or recipient of TANF who tests positive for the use of an illegal controlled substance will, after an administrative hearing, be declared ineligible for the temporary assistance benefits for three years. (If applicants enroll in and complete a substance abuse treatment program -- and stay clean -- they can then begin receiving benefits again).

This is the first year the legislature has appropriated funds for the testing outlined in the new law. And the results show that very few test positive.

Since the tests began this budget cycle through June 30, there were 212 drug referrals from the application and approval process.

Of those, nine tested positive.

There were 67 who tested negative and 86 who did not cooperate, failed to provide a valid test sample or were no shows.

Around 33 chose treatment referrals in lieu of testing. Thirteen refused to answer questions at their hearings.

There is also a Highway Patrol component that is conducted quarterly to check for any misdemeanor or felony drug related arrests or convictions during the previous year. All temporary assistance heads of households are subject to this check. Of 215 with a match, through July of 2013, three were permanently disqualified due to a highway patrol match, the findings show. 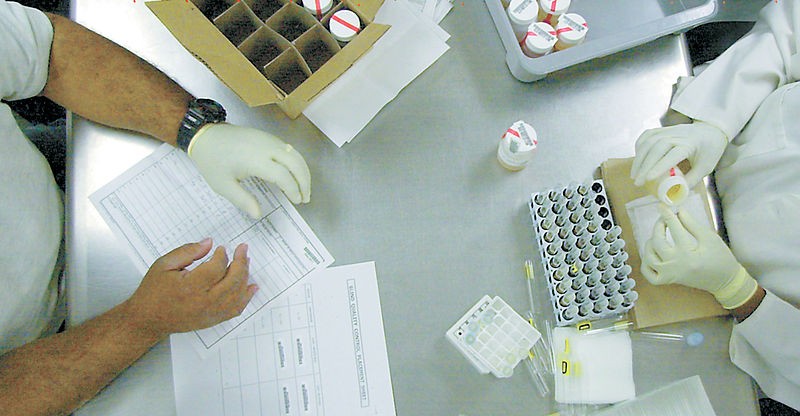 "When you do the math, our state is spending atrocious amounts of money," Newman says.

"That number just jumped out of the page at me," she says of the low rate of positive tests. "It's nuts."

Newman points to a report from the Maddow Blog that picks apart similar programs in other states that critics say are clearly wasteful. Missouri's numbers are worse, she argues.

She hopes that lawmakers will take a look at these statistics and consider them in future budget decisions. "Clearly this additional money for drug testing does not need to be appropriated. It's money that we're totally wasting."

These kinds of laws reflect misguided priorities of her Republican colleagues, she argues. "It's an ideology that seems to prevail through the majority party. If you are poor or you need some type of temporary assistance, you must be committing fraud."