U.S. Senator Roy Blunt is pushing this week for federal assistance tied to the recent flooding in Missouri -- which generally wouldn't be all that newsworthy, if it weren't for the fact that he was one of the Republicans who voted against federal aid for the victims of Hurricane Sandy on the east coast.

Blunt and Senator Claire McCaskill, a Democrat, fired off a joint letter to President Obama on Wednesday urging him to approve a disaster designation for the 22 counties in Missouri impacted by the flooding and flash flooding this month. The letter, on view below, comes on the heels of a formal request from Governor Jay Nixon earlier this week calling for the designation. It would allow eligible individuals and households to seek federal assistance for uninsured losses from the severe weather.

Is it hypocritical of Blunt to seek this designation after he voted against the $50.5 billion Hurricane Sandy supplemental bill in January?

In response to our inquiry, Amber Marchand, spokeswoman for Blunt, e-mails Daily RFT this statement, in full:

As Senator Blunt repeatedly stated at the time of his vote, he did not support the $50.5 billion Sandy supplemental because it did not provide targeted disaster funding and it rewrote the Stafford Act in a way that moved the nation further away from a viable, long-term solution for funding future disasters. Senator Blunt has long said that when a disaster exceeds the ability of communities and states -- as we've witnessed with recent flooding in Missouri -- the federal government has a responsibility to step in with targeted assistance. However, Senator Blunt believes this aid should not be viewed as a chance for Congress to tack on stimulus-type spending or to change the way the federal government responds to future disasters -- as we saw with the Sandy supplemental.

This is not the first time Blunt has advocated for disaster aid for Missouri. When he voted no on Sandy, some critics recalled his 2012 demand that Senate Majority Leader Harry Reid bring the Senate back to Washington to vote on a House-passed disaster relief package related to the droughts that summer. 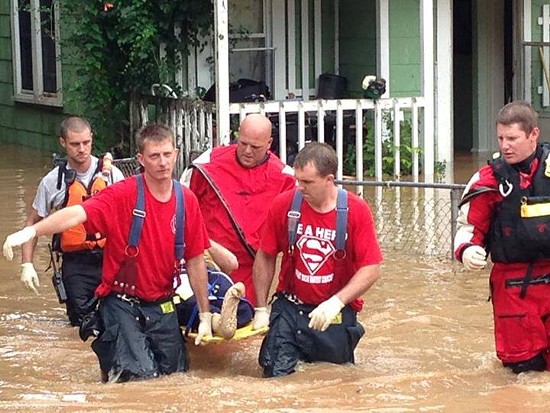 McCaskill and Blunt -- whose offices both sent out press releases on the flooding this week -- have previously worked together to request federal aid during the droughts and during the devastating Joplin tornado in 2011.