Rep. Jeremy LaFaver Will Not Resign Seat Over Marijuana Arrest 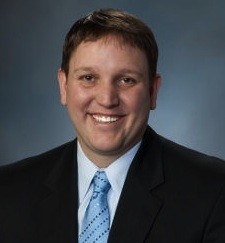 As Daily RFT reported yesterday, Representative Jeremy LaFaver, a Democrat from Kansas City, was arrested on Sunday after Missouri State Patrol officers stopped him and found marijuana in his car. He was charged with possession of less than 35 grams of marijuana and drug paraphernalia possession.

LaFaver apologized for his conduct and emphasized in a statement that he was not under the influence while he was driving. Nevertheless, the Missouri GOP began calling for his resignation.

"Missouri Republicans are calling on Democrat Rep. LaFaver to walk the walk and take genuine responsibility by resigning from the Missouri House of Representatives. LaFaver has broken trust with the people by behaving with direct and open disrespect for the law and courts," reads a statement on MOGOP.org and credited to Matt Wills, spokesman for Missouri Republican Party.

But in a brief conversation with Daily RFT yesterday afternoon, LaFaver indicated he'll do no such thing.

Willis was also hammering LaFaver all day long on Twitter:

Mr. Ethics, @JasonKander remains silent on his successor in #moleg. Do you condone the actions of @JeremyLaFaver?

One question that has yet to be asked of @JeremyLaFaver, Where is your dealer?

LaFaver did tender his resignation yesterday from the House Democratic Victory Committee and told us that's the only resignation he plans to give.

"Just like we've seen in previous cases, legislators should not and are not above the law," he said while simultaneously affirming that he will not resign his seat altogether.

LaFaver said resigning the committee chairmanship is the only thing he needs to do to get his political and personal life back on track.

"I think that's going to allow me to spend my time on being a better husband, father and representative to the people of the 25th District," he said.

In any given year, there typically is one, sometimes two, members of the General Assembly charged with a misdemeanor, most commonly DWI. I have never known of a member -- Republican or Democrat -- resigning over a misdemeanor charge.