Tuffy Gessling The Clown May Get Talent Agent, "Overwhelmed" by Support After MO State Fair

Tuffy Gessling, the local rodeo clown at the center of the Missouri State Fair Obama mask scandal, now has more than 80,500 fans on Facebook -- and the time is right to capitalize on that audience.

So says Collin Hughes, a Las Vegas man who created the hugely popular "Support Tuffy Gessling" Facebook page and has stayed in regular contact with the performer since the story got steady national media attention earlier this month.

"He wants to be able to take the talents he has and not be known as the Obama clown or anything like that, but as a talented rodeo clown," Hughes tells Daily RFT. "He wants to do what he enjoys."

And with such a massive outpouring of support from all over the country from folks who, for one reason or another, want to stand behind this rodeo performer, the time seems right to build on the momentum so Gessling can gain from the experience, Hughes says.

"He's getting people calling," Hughes says. "If he had a good promoter to take those calls, he could run with it and do something with it."

Gessling, of course, famously put on an Obama mask on the first Saturday of the Missouri State Fair in Sedalia this month and performed a skit in which he joked about a bull running down the President.

The crowd reportedly loved it, except for at least one offended attendee who photographed and videotaped the performance and whose account quickly went viral. Here's grainy footage, which that individual, Perry Beam, sent us after the fair:

Soon after, Gessling was permanently banned from performing at the state fair -- a taxpayer-funded, government-backed event -- and the president of the Missouri Rodeo Cowboy Association resigned. Critics slammed the stunt as an offensive, racist and all-around inappropriate performance for a family event.

Gessling is now forever banned from the fair -- but his career could very well benefit from the scandal. After all, he's already got some high-profile offers to perform around the country from officials and pundits who want to show their strong support for the clown. Rodeo clowns, Gessling's fan argues, have been mocking presidents for centuries, and this is no different. For example, here's an image that has popped up on Facebook in his defense:

And now there's merchandise, too:

"He's getting a lot of great, positive responses on the Facebook page," says Hughes, a 56-year-old airplane pilot who used to announce rodeos himself and who met Gessling many years ago. "But then again, there's the other side of the coin. There's the dark and the ugly. He's received death threats."

"He's getting both good and bad publicity from the deal," Hughes says.

He says he created the page because he thought the outcry against Gessling was unfair and unmerited.

"He's a talented guy," he says. "He just loves what he does. He just wants to go out there and perform. He did this skit that has been done for generations using the images of other presidents."

"Obama is the president. That's the mask he put on. That was it," he continues. "If it would've been Ronald Reagan or a George Bush mask and the same comments were made, nothing would've been said by anybody. You stick Obama out there, and all of the sudden it becomes off-limits."

Hughes says he contacted Gessling, who gave him permission to create the page. Since then, he's chatted with him regularly, keeping him posted on the page and discussing new ideas on how to take advantage of it. He and Gessling may even use it to push some charitable causes, he notes.

"I got the idea of promoting Tuffy in different ways," he says. "But I'd be in way over my head. That's not my area of expertise."

That's why Hughes is reaching out to different talent agencies now who he hopes could help the rodeo clown advance his career.

"He's in awe and overwhelmed and excited and scared," says Hughes. "A whole gamut of emotions and feelings. When you get this much attention, this much support, it's a great thing. But then there's the other side."

With the threats he receives, "What do you do with that?" says Hughes. "Do you take it seriously? I'm sure it's a scary thing."

The page has grown at a rapid rate, Hughes notes. When he posts a photo or update, it usually has a thousand likes in a matter of minutes, he says.

"I think that a lot of people are just fed up with the way the media is handling some of the issues of today," he says.

The fact that this clown has gotten so much attention is frustrating to people, he argues. "People are just getting fed up, I think. It's getting ridiculous. He wore a mask. So what?"

Continue for more messages of support for the clown from our previous coverage.

Some samplings from the official official Facebook page of Congressman Steve Stockman, a Republican from Texas: 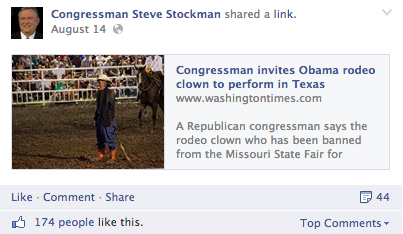 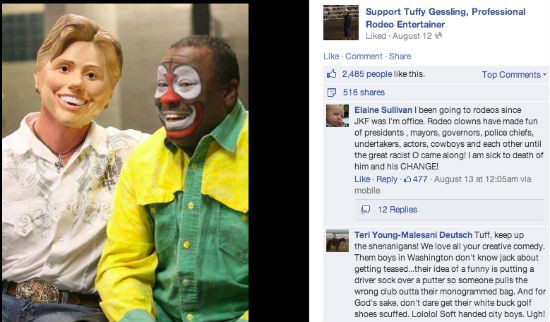 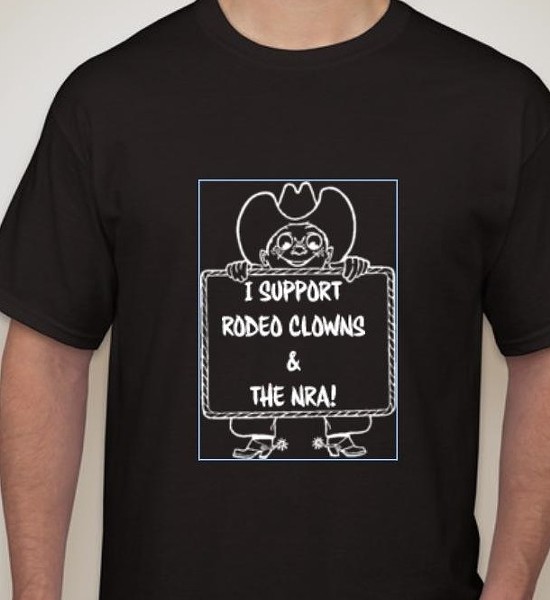 Some other images of support that have popped up in his Facebook pages: 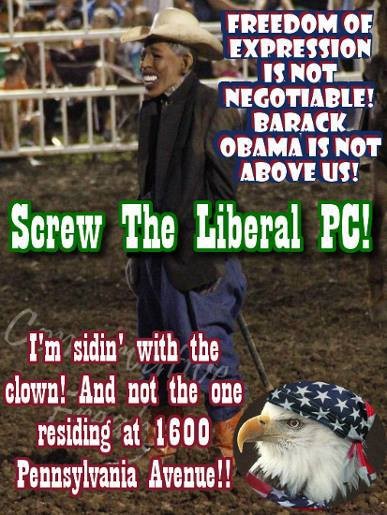 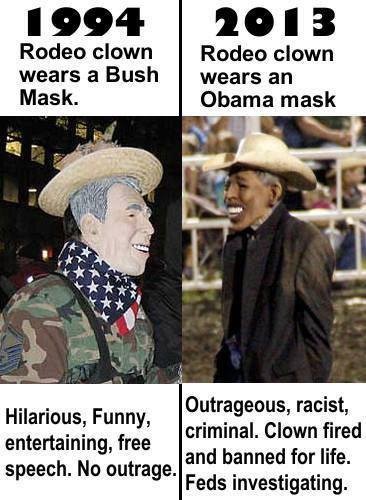 Maybe Tuffy the clown should run for office! 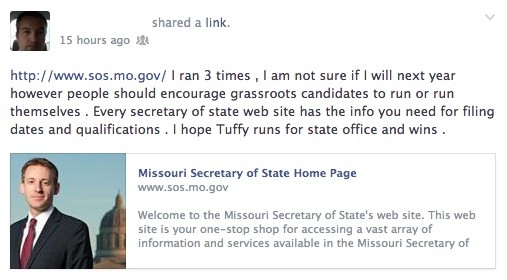