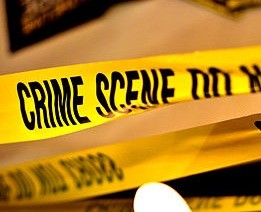 The latest homicide victim in the city of St. Louis is a teenager who police say was shot while riding his scooter.

Antoine Bryant, seventeen, was pronounced dead at a hospital yesterday after he was shot in the Dutchtown South neighborhood in south city, officials say.

Police believe a suspect appeared from an alleyway at the 4700 block of Louisiana Avenue just before 6 p.m. and fired multiple shots at Bryant, who was operating a gas-powered scooter.

Bryant then drove himself to the 500 block of Elier Street nearby where police say he collapsed. Cops located him in front of a residence there; he was suffering from gunshot wounds to his shoulder.

He was taken to the hospital in critical and unstable condition and was pronounced dead later that evening.

The suspect, police say, is an unknown black male.

Bryant lived on Idaho Avenue in the Carondelet neighborhood nearby.

Incident: Homicide
Location: 4700 block of Louisiana
Date/Time: 8/15/2013 @ 17:50
Victim: Antoine Bryant, 17-year old black male of the 5200 block of Idaho
Suspect: Unknown black male
Officers responded to the 500 block of Eiler to a call for a "shooting" and upon arrival, located the victim lying in front of the residence suffering from gunshot wounds to his shoulder. The victim was conveyed to a local hospital and listed in critical/unstable condition. The victim was pronounced deceased later in the evening. Investigation determined that the incident occurred at the above location. The suspect appeared from an alley and fired several shots at the victim, who at the time was operating a gas-powered scooter. The victim then drove himself to the 500 block of Eiler, where he collapsed. The investigation is ongoing.